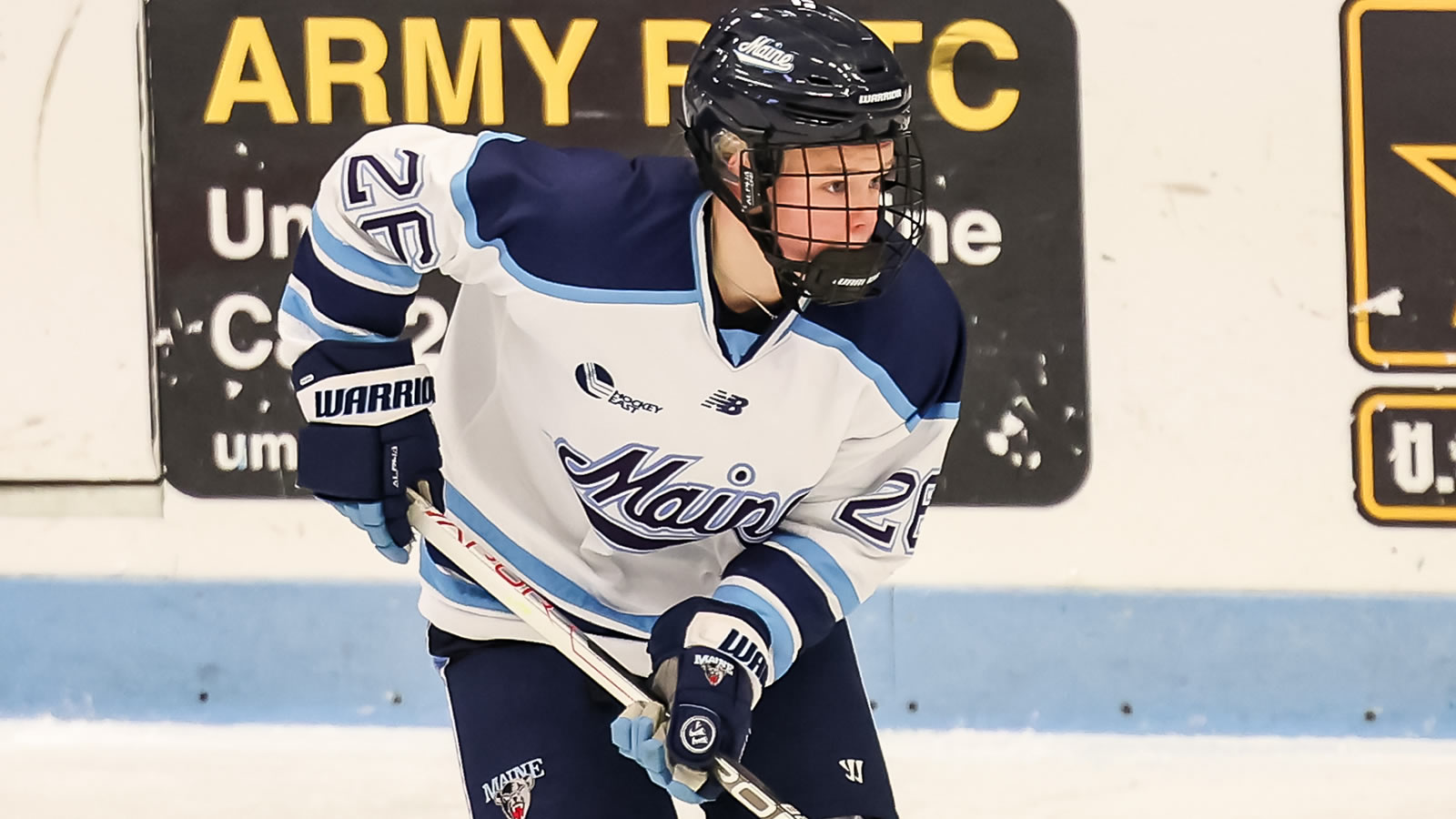 MANCHESTER, N.H. - The University of Maine women's ice hockey team gets their first win of the 2022-23 season in Saturday's matchup against Saint Anselm 6-3.

First Goal (1-0 Maine): Maine would get their first goal quickly with Emma Lange scoring one minute into the first period with a shot from behind the blue line. Courtney Collarullo would pick up the assist.

Second Goal (2-0 Maine): Only 14 seconds after the first goal, Maine would pick up their second goal from Grace Heiting in front of the net and she was assisted by Luisa Welcke and Lilli Welcke.

Third Goal (2-1 Saint Anselm): Saint Anselm grabbed their first goal of the day in the first period from Devin Porazinski. Kenadie Cooper and Natalie Tulchinsky each picked up an assist.

Fourth Goal (3-1 Maine): This goal would come very similar to the first Maine goal, coming only 40 seconds into the second period Grace Heiting would get the puck into the back of the net, her second goal of the day. Lilli Welcke and Emma Lange both picked up an assist.

Fifth Goal (4-1 Maine): Ally Trimper netted the fourth goal for Maine. This goal came after Alyssa Wruble was able to steal the puck away from Saint Anselm, then passing it over to Ally Trimper whos first shot went into the goalie's pads but Ally Trimper would get the rebound and bring that to the back of the net for the score.

Sixth Goal (5-1 Maine): The Black Bears would pick up their next goal from Ashley Bialas, her first ever collegiate goal. Mira Seregély and Grace Parker would each pick up an assist.

Seventh Goal (5-2 Saint Anselm): Tyra Turner would score this goal during a Saint Anselm power play. Audrey Jackson and Kelly Golini each picked up an assist.

Eighth Goal (5-3 Saint Anselm): The Hawks picked up their third goal from Gracee Donovan. Brooklyn Pancoast and Abigail Blair each gathered an assist.

Ninth Goal (6-3 Maine): Maine would get the only goal of the third period. After the puck bounced off a Saint Anselm defender, Ida Kuoppala flicked the puck up to the top right corner of the net to get the goal.

Anna LaRose had 18 saves for the Black Bears win.

The Black Bears will return home on Friday, Oct. 7 when they compete against The University of New Hampshire.