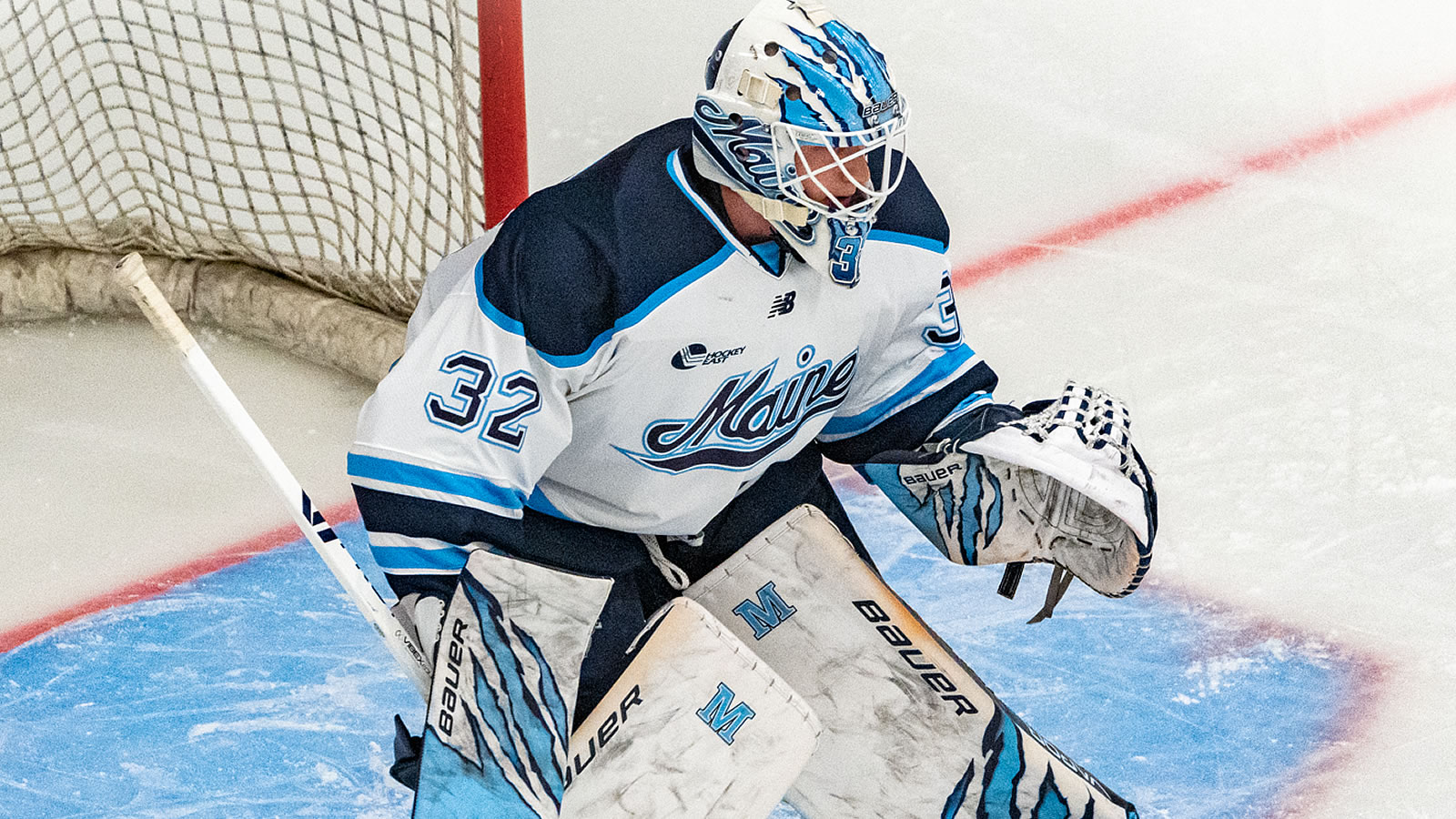 The first period was played to a 0-0 tie. Maine finished the period with an advantage in shots on net, 14-8.

First Goal (1-0 Maine): With 2:09 left in the second period, Killian Kiecker-Olson scored his first goal dawning the Script. Reid Pabich, while on the power play, fired a shot towards Luke Antonacci. The freshman defenseman redirected the puck to Kiecker-Olson who scored the first and only goal of the exhibition.

The 1-0 advantage for the Black Bears stood as they defeated the Panthers of UPEI in the lone exhibition of the 2022-23 season.

Jacob Mucitelli stopped 15 shots for the Black Bears before being relieved by Victor Ostman, who stopped 17 saves between the pipes.

Maine went 1 for 11 on the power play, as the Panthers were 0-5 on its player advantages.

Kiecker-Olson recorded his first goal in Orono, while Antonacci and Pabich each tallied their first career assist.

Maine will board a flight destined for Colorado and take part in the Ice Breaker Tournament. Air Force will play host on Friday, October 7, both #1 Denver welcomes the Black Bears on October 8.