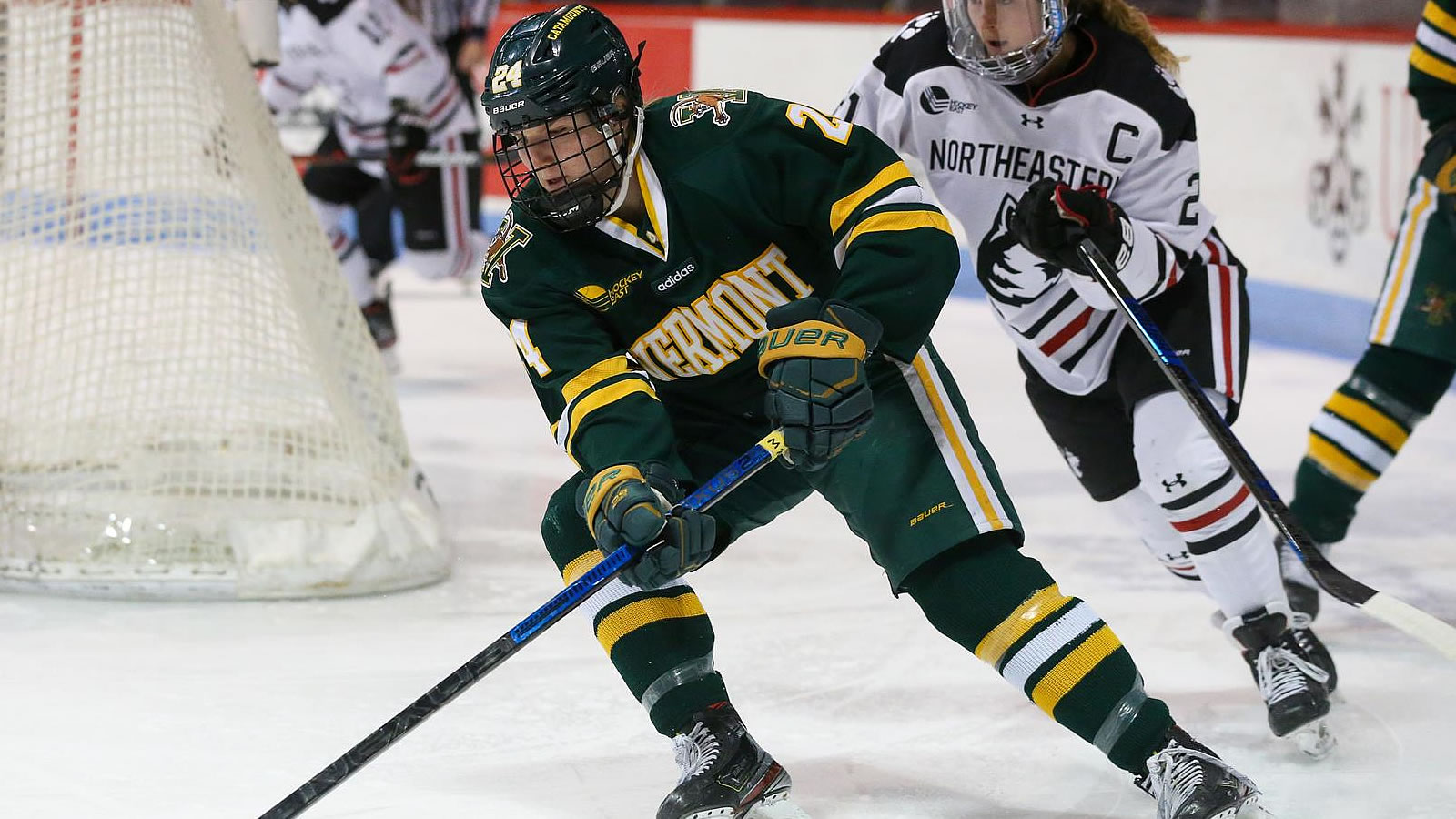 "Credit to RIT for coming out and taking it to us in the first period," Head Coach Jim Plumer said. "They made us uncomfortable and I'm pleased with the way we responded in the second and third periods. It's good to be 2-0 and we need to be better to be ready to open Hockey East play next weekend."

- RIT opened the scoring Saturday after a fast start for the Tigers. Jaymee Nolan notched her first of the campaign 10:01 into the contest. Lexi Sung batted a loose puck into the slot and Nolan one-timed it home.

- Trailing after 20 minutes Vermont wasted no time equalizing just 32 seconds into the middle frame. McCool found Theresa Schafzahl with a breakaway pass and she broke in alone on RIT's Emma Stephen. Schafzahl deked to her backhand and beat Stephen to the post for her second goal of the year.

- With 6:48 to go McCool put the Catamounts in front in transition. With Natalie Mlýnková cutting to the net Schafzahl dished to McCool in the middle of the ice. McCool skated into the slot and ripped her first goal of the season past Stephen.

- Sara Levesque pushed the Catamounts lead to two 6:38 into the final frame. Maddy Skelton cycled a puck down low and Levesque pinched down low to retrieve it. With space along the goal line she cut to the net and chipped a shot past Stephen.

- At the 9:39 mark of the third period Skelton added another for the Catamounts. In a goalmouth scramble with seven players in front she jammed home her first goal of the season.

- Just 23 seconds later McCool struck again to give UVM a commanding four-goal lead. With an offensive zone faceoff win Mlýnková left the puck to McCool at the point. McCool skated into the slot and ripped a shot low blocker for her second goal of the game.

- RIT's Kyla Bear closed out the scoring with a tally with 4:55 to play.

- With her goal and assist today Theresa Schafzahl is now just one point away from tying Amanda Pelkey (2011-15) with 105 career points, the most by a Catamount.

The Catamounts hit the road in Hockey East action for the first-time next weekend. They will face Holy Cross in a two-game set from Worcester. Saturday afternoon the teams will faceoff at 1 p.m. and then on Sunday they will do battle at 3 p.m.