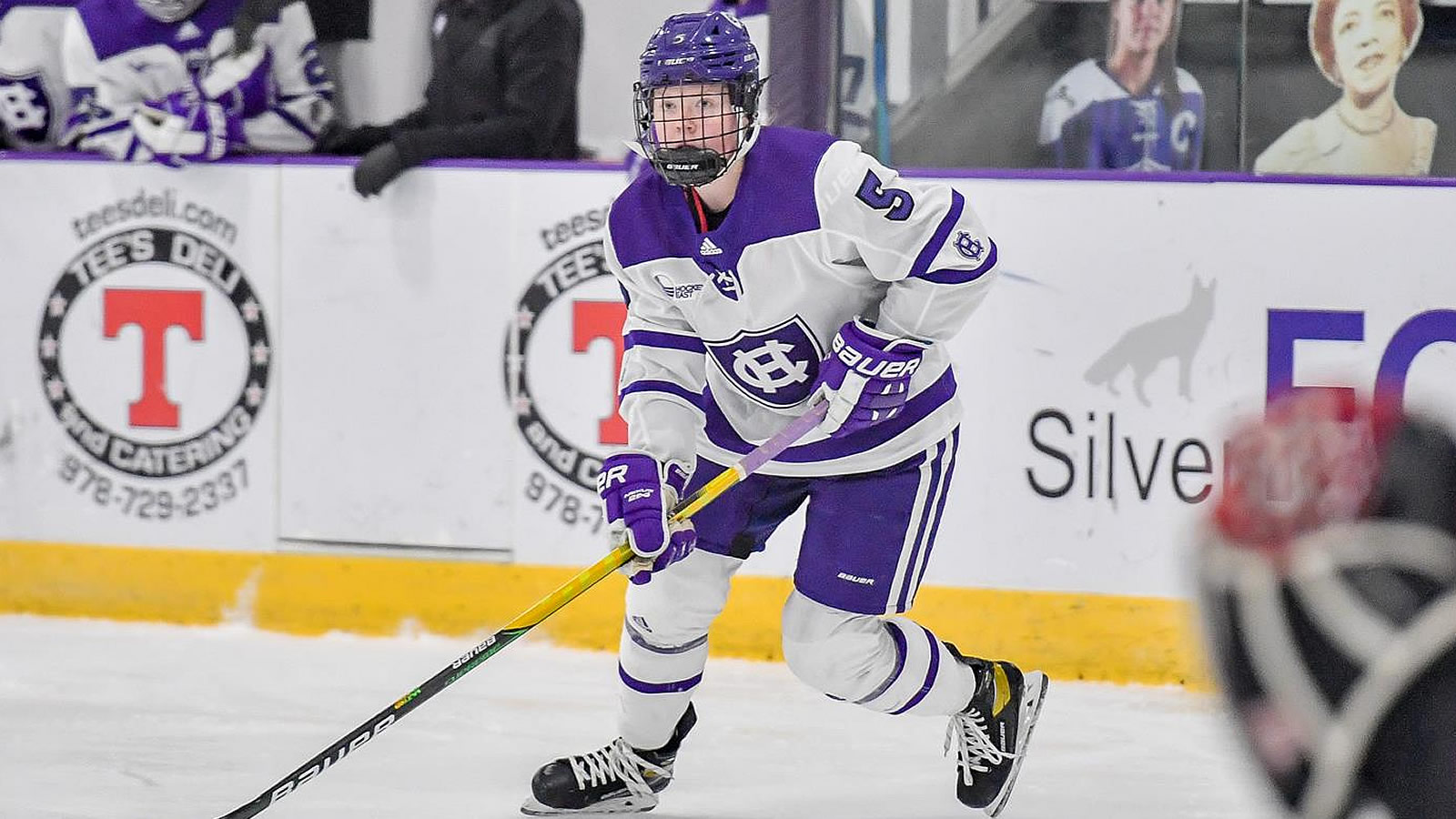 Junior forward Bryn Saarela had an assist for the Crusaders
Holy Cross Falls To Union, 3-1

WORCESTER, Mass. - The Holy Cross women's ice hockey team falls to Union College, 3-1, in the second game of their two-game set. The Crusaders are 1-1-0 following their season opener while the Dutchwomen improve to 2-2-0.

Freshman forward Alexia Moreau scored the only Holy Cross goal. She has scored three goals in only two games. Juniors Bryn Saarela and Millie Sirum assisted Moreau on the goal.

- The Dutchwomen opened the scoring with 10:28 remaining in the first period.

- Union took a two-point lead with the only goal in the 2nd period.

- Holy Cross cut Union's lead in half with a goal from Moreau halfway through the third period.

- Union scored the final goal on an empty net with 21 seconds remaining in regulation.

- After two games, Moreau and Saarela lead the team in points with three apiece.

- Freshman Brooke Loranger had her first career start in-goal for the Crusaders. She finished the night with 31 saves and a save percentage of .939.

- Holy Cross returns to play on Oct. 8 and Oct. 9 when they play host to Hockey East opponent Vermont.