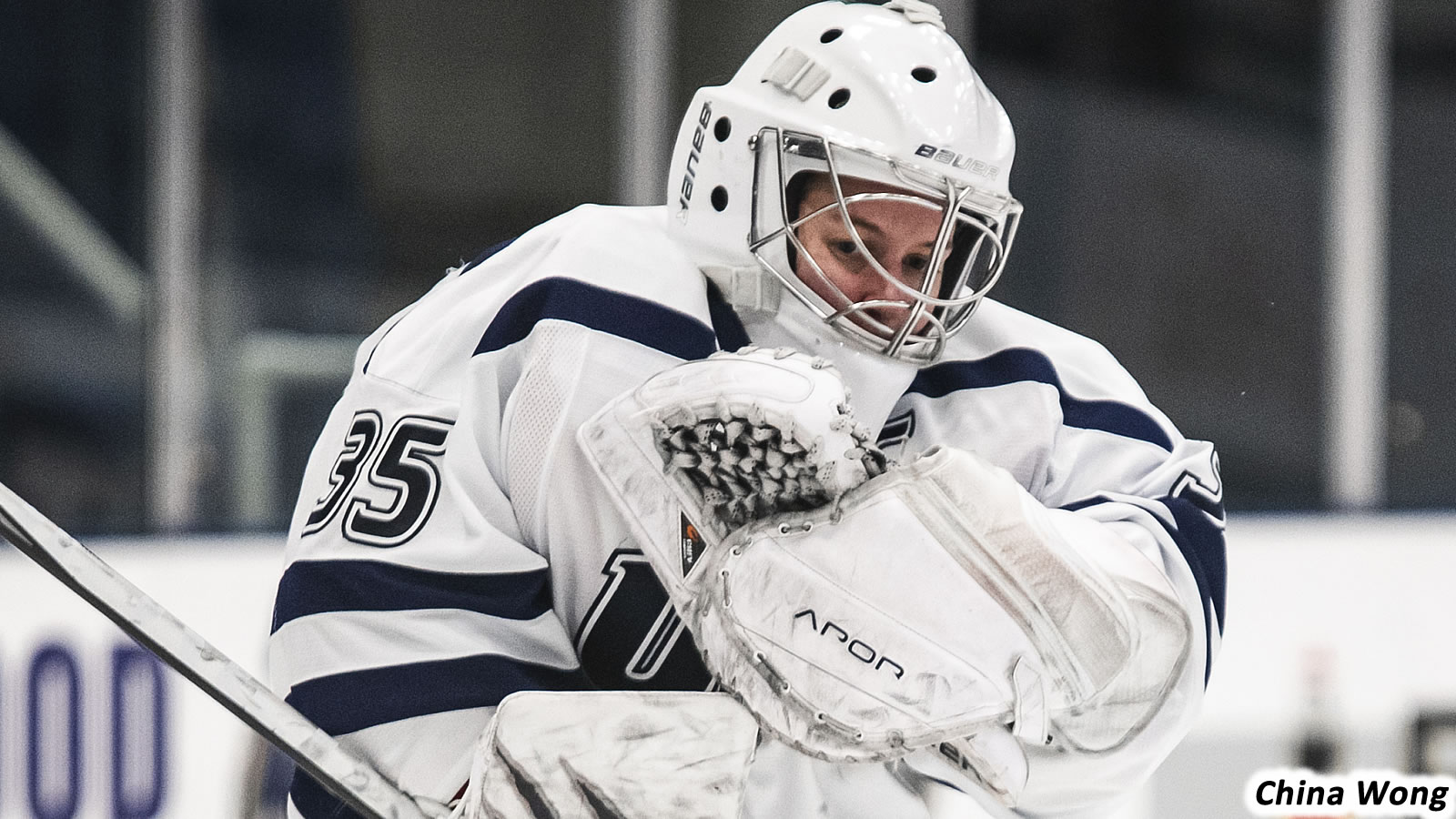 Graduate netminder Ava Boutilier made 43 saves for the Wildcats
New Hampshire Shut Out By Quinnipiac, 2-0

Boutilier recorded double-digit saves all three periods with a high of 19 in the second stanza; she stopped 14 first-period shots and all 10 shots she faced in the final frame to finish the game with a .956 save percentage.

Quinnipiac netminder Catie Boudiette made 19 saves to shut out the Wildcats. Lexie Adzija and Madison Chantler were the goal scorers.

- UNH returns to action Oct. 7-8 for a two-game Border Battle series at the University of Maine.

- The Wildcats' next home game is Friday, Oct. 14 (6 p.m.) against Boston University. Buy tickets online at unhwildcats.com, by calling (603) 862-4000 or visiting the Whittemore Center Ticket Office.

- Quinnipiac recorded a 15-2 shot advantage in the opening 20 minutes.

- Boutilier already reached double-digit saves with 10 stops when the Bobcats went on the first power play of the game at 13:30.

- Quinnipiac went back on the power play at 17:01, but Boutilier stopped two shots - both by Adzija - to keep UNH's deficit at one goal.

- The Bobcats had a 20-8 edge in shots in the second stanza.

- In the second minute, Boutilier turned aside a flurry of four shots in a five second span - one by Shay Maloney, two by Mobley and another by Chantler - to keep the score 1-0.

- Moments later, however, Chantler finished Mobley's feed for a goal and 2-0 lead at 2:12.

- Boudiette stopped both the initial shot and rebound attempt of the stick of junior defenseman Kyla Bent (Halifax, Nova Scotia) in the sixth minute to deny one of UNH's top scoring chances in the game.

- UNH generated pressure in the eighth minutes, but shots by both junior forward Brianna Brooks (Whitby, Ontario) and sophomore forward Shea Verrier (Reading, Mass.) were turned away by Boudiette.

- QU outshot the Wildcats 10-0 in the final eight minutes of the second period.

- The shot differential was 10-9 in favor of the home team in the scoreless final frame.

- UNH pressured in the second minute, but a shot off the stick of senior forward Tamara Thiérus (Saint-Jérôme, Quebec) sailed wide at 1:16 and sophomore defenseman Marina Alvarez (Center Moriches, N.Y.) was denied by Boudiette at 1:53.

- Moments later at the other end of the ice, Boutilier made quick back-to-back saves against Zoe Uens and Maloney to keep the score 2-0.

- The Wildcats had a stretch of four consecutive shots a little more than midway through the period, but Boudiette stopped all four and that included consecutive shots by junior forward Nicole Kelly (Brantford, Ontario) at 12:56 and 13:06.

- New Hampshire called time out at 17:45 and pulled Boutilier in favor of an extra skater 25 seconds later. Thiérus' shot was stopped by Boudiette with 34 seconds remaining, and one last shot attempt by junior forward Chavonne Truter (Uxbridge, Ontario) was blocked by a Bobcats' skater.

- Quinnipiac finished with a 45-19 shot advantage.

- The Bobcats were 1-for-2 on the power play and were not whistled for a penalty.

- Bent and Thiérus tied for the team lead with three shots.

- These teams had not faced off since January 2018, when the Wildcats swept a two-game series at QU.