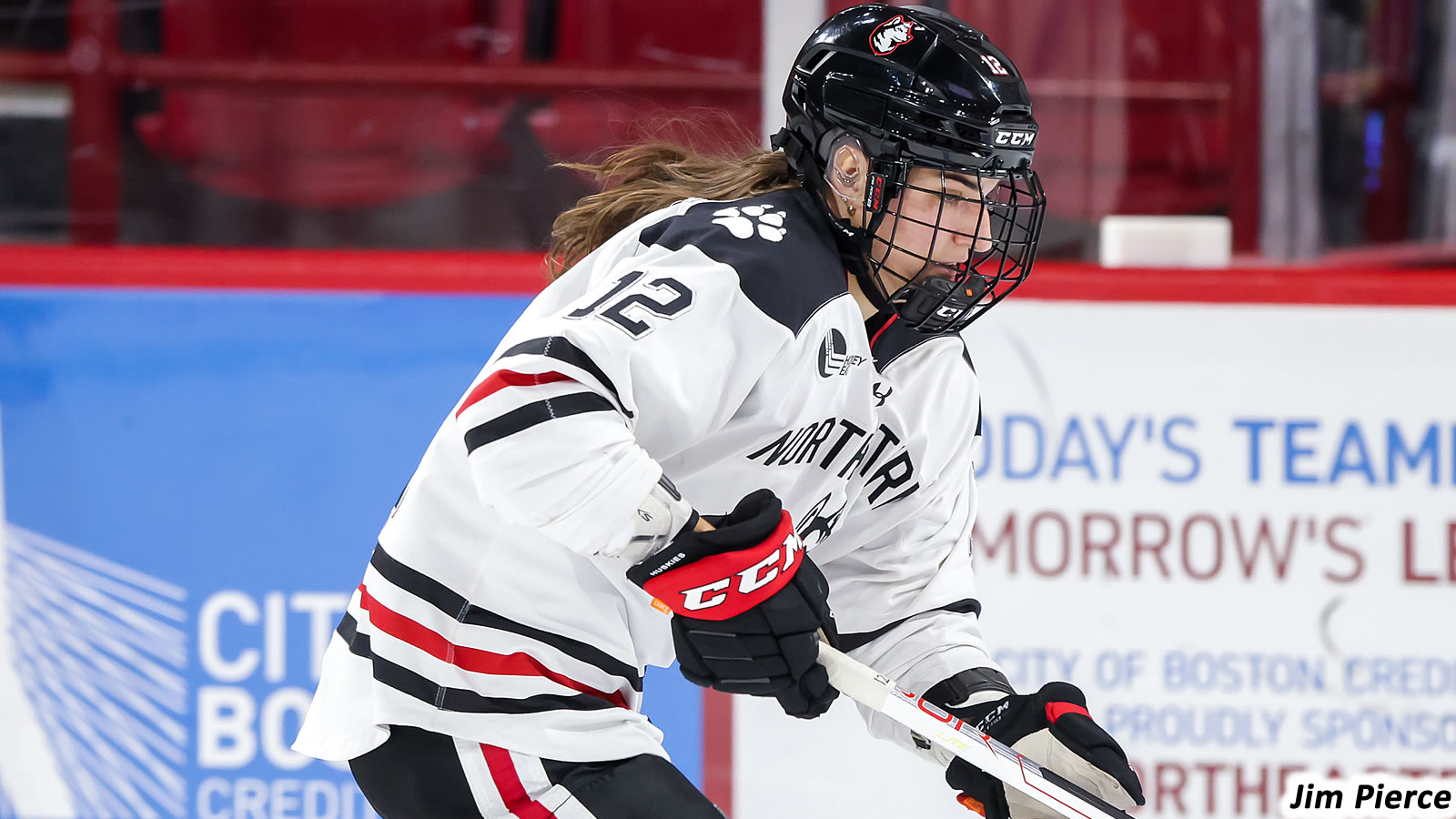 BOSTON, Mass. - Graduate student Chloé Aurard tallied a two-point night to lead the No. 8/7 Northeastern women's hockey team to a 2-1 victory over the Holy Cross Crusaders on Friday evening at Matthews Arena. With the victory, head coach Dave Flint recorded his 300th career victory behind the Northeastern bench.

- The Huskies and Crusaders played to a scoreless first two frames, with Northeastern holding a 35-13 edge in shots.

- Senior Katy Knoll finally broke through to score her NCAA-leading 13th goal of the season at the 2:53 mark of the third period. Knoll's tally was assisted by graduate student Maude Poulin-Labelle and Aurard.

- Aurard then doubled the Huskies' lead with her 12th career shorthanded goal. Aurard's goal was the eventual game-winner and was unassisted.

- Holy Cross was able to cut the deficit to 2-1 at the 15:50 mark of the third period with a power-play goal, but the Huskies closed out the game on the penalty kill to secure the win.

Northeastern will travel to Holy Cross' Hart Center Rink on Saturday, Nov. 18 at 7:30 p.m. to close out the two-game series.