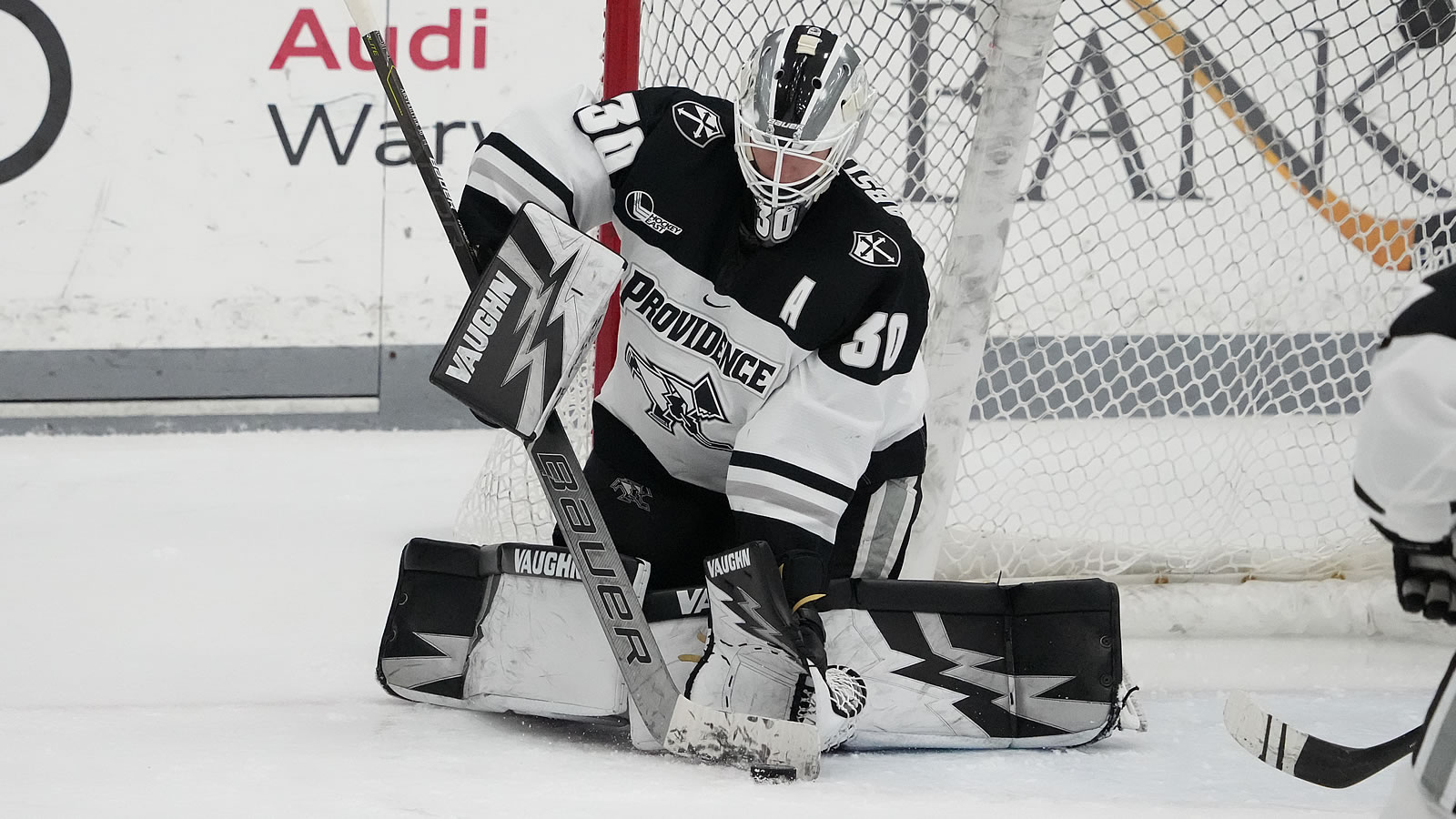 PROVIDENCE, R.I. - The No. 13 women's hockey team shutout the University of Maine, 3-0, on Friday, Nov. 18 at Schneider Arena. Rachel Weiss led the Friars with two goals.

- Both teams skated through the first period scoreless.

- Sara Hjalmarsson (Bankeryd, Sweden) put the Friars on the board with a goal 3:11 into the second period. Lindsay Bochna (Toronto, Ontario) was credited with an assist.

- The Friars led, 2-0, heading into the final intermission.

- Weiss netted her second goal of the afternoon at the 18:25 mark of the final period. Brooke Becker (Orchard Park, N.Y.) and Kirchmair earned the assists on the goal.

- It marked Weiss' first multi-goal game as a Friar.

- The Friars have earned shutouts in each of their last two games and six shutouts overall on the season.

- Abstreiter has been the goaltender of record during each of the six shutouts, and owns 15 in her career. Her six shutouts in 2022-23 mark a career high.

- Abstreiter ranks second all-time in career shutouts at Providence College. Genevieve Lacasse is the career leader (20). Abstreiter recently passed Jana Bugden '06 and Madison Myers, who are tied for third all-time in shuouts, with 13.

- Earlier this season, Providence recorded four-consecutive shutouts, marking the longest such stretch since the 2000-01 season.