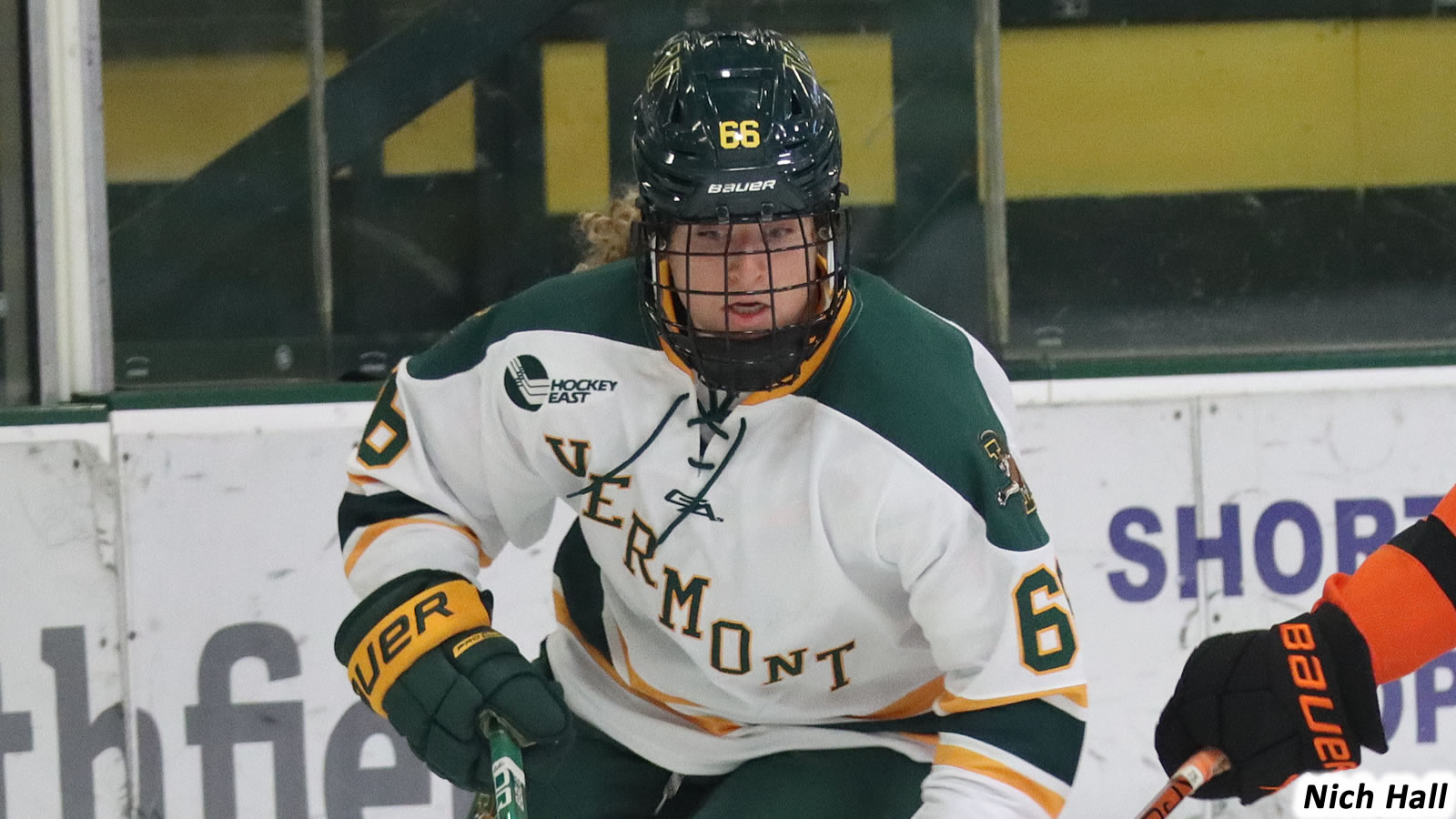 NORTH ANDOVER, Mass. - Sydney Correa made 14 saves earning her first shutout of the season and Hailey Burns and Lilly Humphrey each had two points as the Catamounts swept their weekend series at Merrimack with a 3-0 win Friday night. With the win, Vermont is now 10-5-1 on the campaign and 8-3-1 in league play.

"I said last weekend that there was a lot to learn from and I'm really happy with how we put that into action this weekend," Head Coach Jim Plumer said. "We were really efficient in the way we played and it resulted in a lot of offensive zone time and limited Merrimack's chances. We scored three very nice goals and it was great to get on the board in the first minute and set the tone for the game. And of course, I'm really happy for Syd Correa to get the shutout. The team played hard in front of her and she was there when we needed her. We are getting a much-needed break in the next week and then we have some important games to finish the semester."

- Vermont's offense picked up right where it left off Thursday night. First year Lara Beecher scored her fourth of the season 47 seconds into the game. In transition Bella Parento found Burns with a pass through traffic and Burns entered the zone with speed. After completing a line change Beecher was undetected by Merrimack's defense and Burns found her in alone on Merrimack's Calli Hogarth. Beecher deked to her backhand and stashed home the icebreaker.

- The Catamounts doubled their advantage on the power play 9:52 into the middle frame. UVM cycled down low to perfection for the goal. Ellice Murphy guided the puck down low from the point and Burns gathered the puck in the corner before dishing a quick feed to Humphrey behind the net. Humphrey one-touched the puck to Maddy Skelton in the slot and she fired her third goal of the season past Hogarth.

- Early in the third period the Catamounts power play struck again. Vermont kept the puck moving from side-to-side on with the player advantage and converted on a series of quick passes. Theresa Schafzahl dished to Natalie Mlynkova on the doorstep and she fed a quick cross-crease pass to Humphrey who redirected it home for her fourth goal of the season at the 2:54 mark.

- The Catamounts have reached the 10-win mark in 16 games, establishing a new program record.

Vermont is off for the next 10 days. The Catamounts return to action on Tuesday, November 29 as they host Dartmouth at Gutterson Fieldhouse. Puck drop is set for 7 p.m.