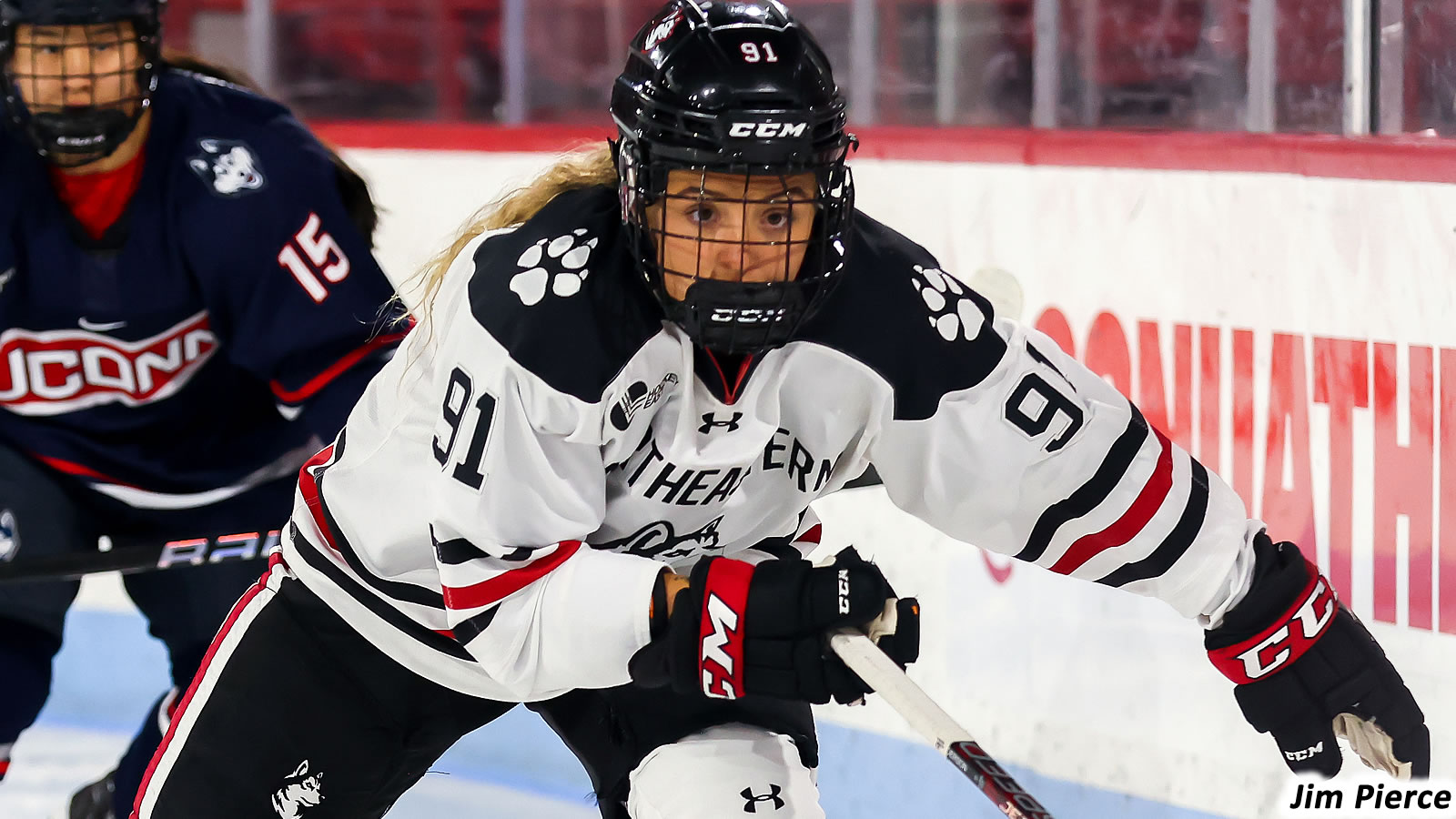 - Sophomore Skylar Irving got back on the scoresheet against the Crusaders and potted the game's opening goal just a minute and 40 seconds into the contest. Her tally was assisted by seniors Kate Holmes and Peyton Anderson. Holmes' assist was her first point of the season.

- The Huskies got off to a solid start in the second frame as sophomore Taze Thompson got on the board to make the score 2-0. Freshman Lily Shannon and graduate student Maude Poulin-Labelle claimed assists.

- Peyton Anderson then lit the lamp on the power-play to give Northeastern a 3-0 lead with assists from graduate student Alina Mueller and freshman Holly Abela.

- Holy Cross then managed to tally two goals to cut the deficit to 3-2 as the second frame ended.

- In the third frame, Mueller got the Huskies' second power-play goal of the game. Graduate student Chloé Aurard and senior Katy Knoll assisted the tally. Finally, Aurard closed out the scoring and brought the final to 5-2. Junior Lily Yovetich and Thompson posted the assists.

Northeastern will next head to Nashville for the Smashville Showcase, first facing No. 15 Princeton on Friday, Nov. 18 at 6 p.m.