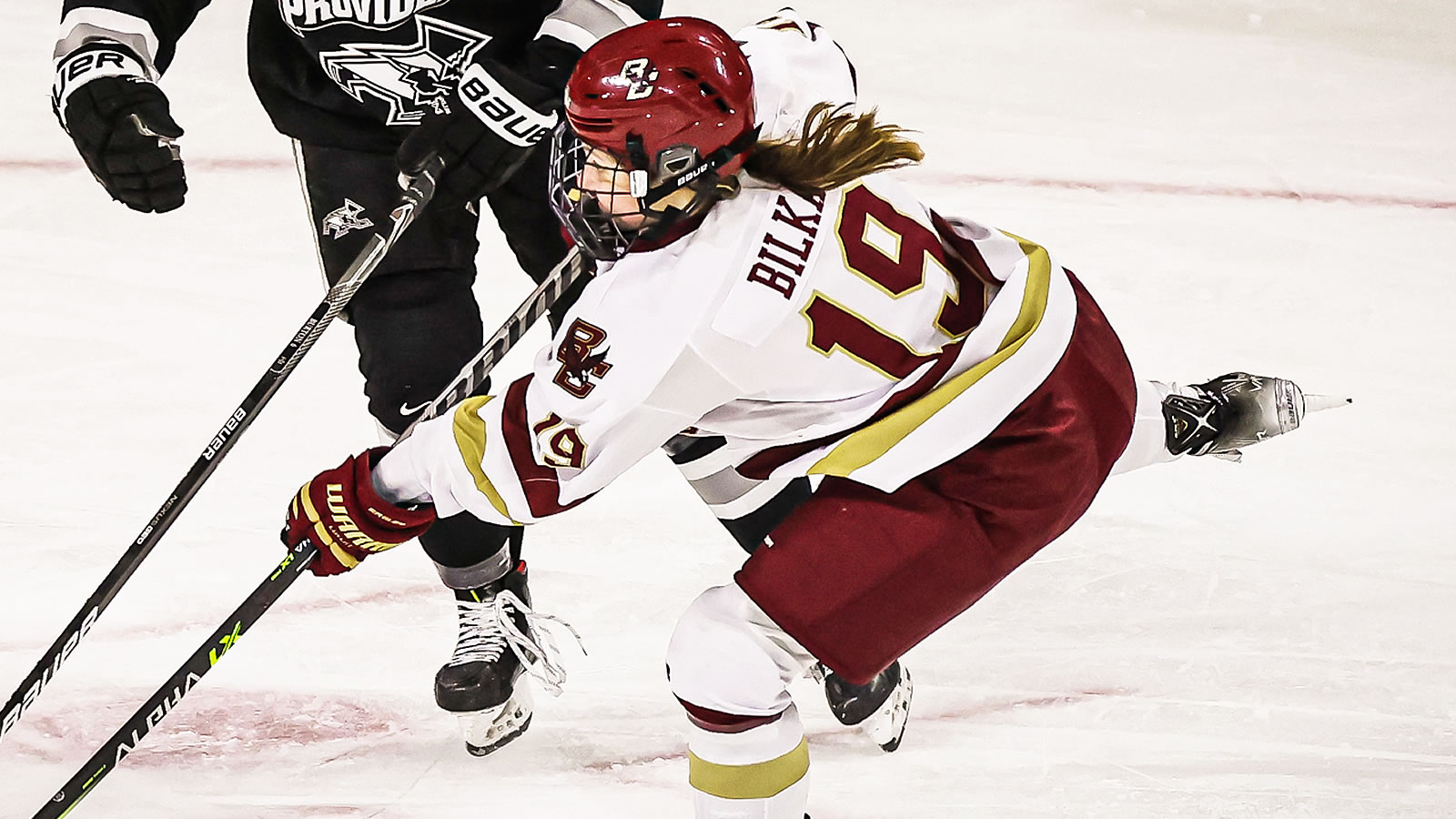 Hannah Bilka and Jenna Carpenter each finished with two points on one goal and one assist while eight total Eagles had a point.

After a scoreless first period, the teams combined for five goals in the middle frame. A Cayla Barnes strike, a Bilka penalty-shot conversion and Carpenter's first career goal gave BC a 3-0 lead. Harvard was able to pull a goal back but BC responded within 90 seconds for a 4-1 lead at the second intermission before adding a fifth goal six minutes into the third.

- Abigail Levy finished with 29 saves for Boston College to move to 7-5-1 on the year.

- Hannah Bilka converted a penalty shot in the second period ... it was the first penalty shot conversion for Boston College since Mary Restuccia converted for a game-winning goal on Jan. 15, 2009.

- Bilka's game-winner was her second of the season and the 10th of her career ... her 10 game-winning goals is now tied for 10th in program history.

- Bilka finished with two points on her goal and an assist for her 29th career multi-point game and her seventh of the season.

- Bilka finished with a game-high eight shots on goal.

Boston College will be back in action on Dec. 2 and 3 with two Hockey East matchups against Holy Cross.