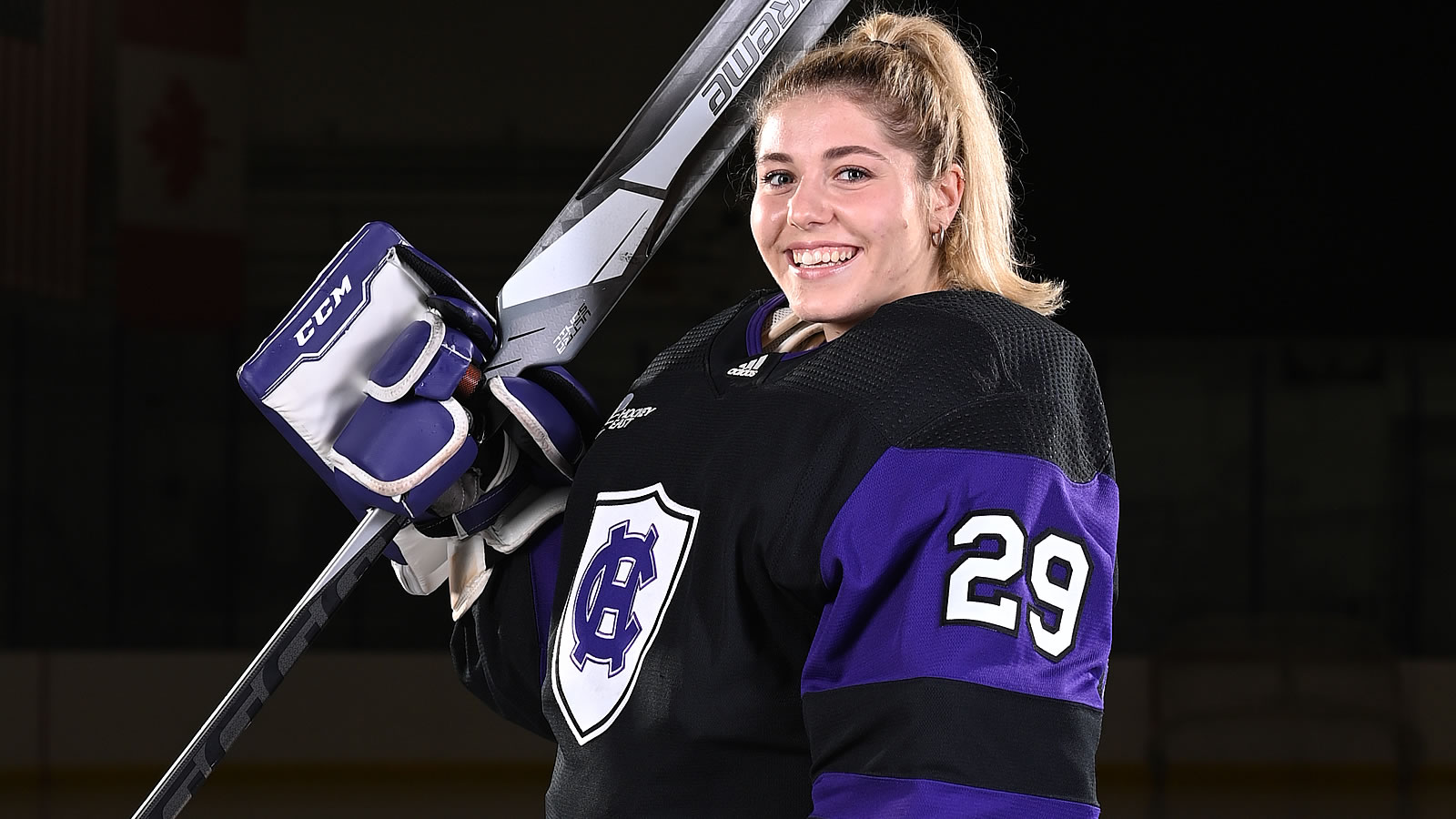 Junior goaltender Madison Beck made 28 saves for the Crusaders
Holy Cross Shut Out By Brown, 1-0

PROVIDENCE, R.I. - The Holy Cross women's ice hockey team was defeated by the Brown Bears 1-0 on Tuesday night. This was the first non-conference game for Holy Cross since October, when they played in the Ice Breaker Tournament. The Crusaders move to 2-14-1 and remain 1-11-0 in Hockey East standings while the Bears improve to 4-4-1 overall.

- The game remained even throughout the first period. Brown had a few breakaway opportunities but junior goalie Madison Beck turned away their attempts on goal, tallying nine saves during the first period.

- The Crusaders created multiple scoring opportunities in the first period registering six shots on goal, but were able to connect.

- The Bears started the scoring in the second period at 3:43 with a goal from Anna Gallagher.

- Brown drew the first penalty of the game at 4:25 in the second period. The Crusaders managed four shots on the power play. Just as the two minutes expired, freshman Alexia Moreau tipped a shot from junior Millie Sirum that just missed the net, hitting the pipe.

- The Crusaders were able to take more shots during the second period, including four within the final minute of the period.

- The Brown Bears found their rhythm and were able to lengthen their time of possession throughout the third period.

- The Crusaders pulled Beck from the goal at 17:45 but couldn't convert the advantage to points. Moreau drew a penalty with 44 seconds remaining, sending Beck back on the ice.

- The faceoff battle remained even throughout the game, ending in favor of the Bears 21-18. Mary Edmonds led the Crusaders winning 53 percent of her faceoffs.

- Madison Beck posted 28 saves adding to her season total of 347. Through ten starts, Beck maintains a save percentage of .920 and a goals-against average of 2.74.

Holy Cross will continue their non-conference play on Nov. 26 and 27 as they face Franklin Pierce for a weekend series. The Crusaders will travel to Winchendon, Mass. for game one at 7:30 p.m. The following day, the teams will return to Worcester for a Sunday evening contest with puck drop slated for 5:00 p.m. at the Hart Center.