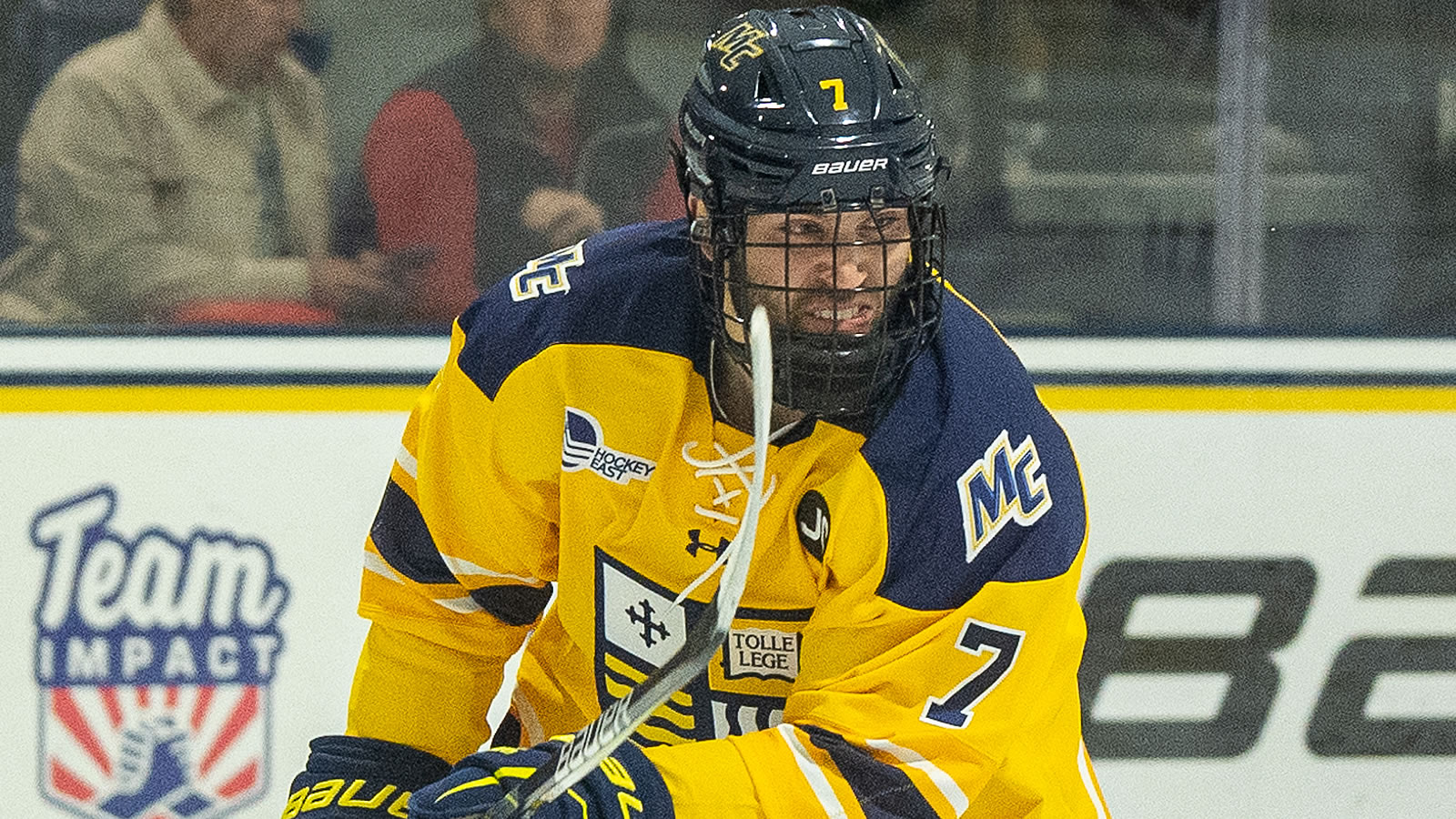 NO. ANDOVER, Mass. - The Merrimack men's hockey team were able to make it seven straight wins as they soundly defeated the Holy Cross Crusaders by a score of 5-1 late Tuesday afternoon at J.Thom Lawler Rink.

The Warriors once again got off on the right foot, as Ben Brar tipped the Zach Bookman shot from the blue line past the Holy Cross goaltender right at the nine minute mark.

The Warriors would find their second goal six minutes later after Mike Brown kept the puck in at the line, he got it to Hugo Esselin who would fire the puck in for his second point of the night and with the marker the Warriors were up two at the break.

The Warriors would continue their first period play into the next as Matt Copponi scored his seventh goal of the season on the powerplay to extend the Warriors lead to three. Holy Cross would get on the board on a goal in close with just over seven minutes remaining in the second.

In the third, it would be Ottoville Leppanen scoring at both the four minute and 16 minute marks to put the Warriors up three and four respectively and put the finishing touches on a great team win.

Matt Copponi has scored five goals in his last four games, as well as scoring at least one goal in all four.

Ottoville Leppanen had two goals and an assist in the win.

Hugo Esselin had a goal and assist for his first points of the year.

Zach Bookman, Mike Brown, Mark Hillier, Will Calverley and Alex Jefferies all notched one assist each.

Zachary Borgiel stayed a perfect 5-0 as he stopped 23 shots in the victory.

The Warriors stay home next Tuesday to take on the University of Connecticut Huskies in a huge Hockey East clash at 7 PM at Lawler Rink, that game can also be seen on ESPN plus.