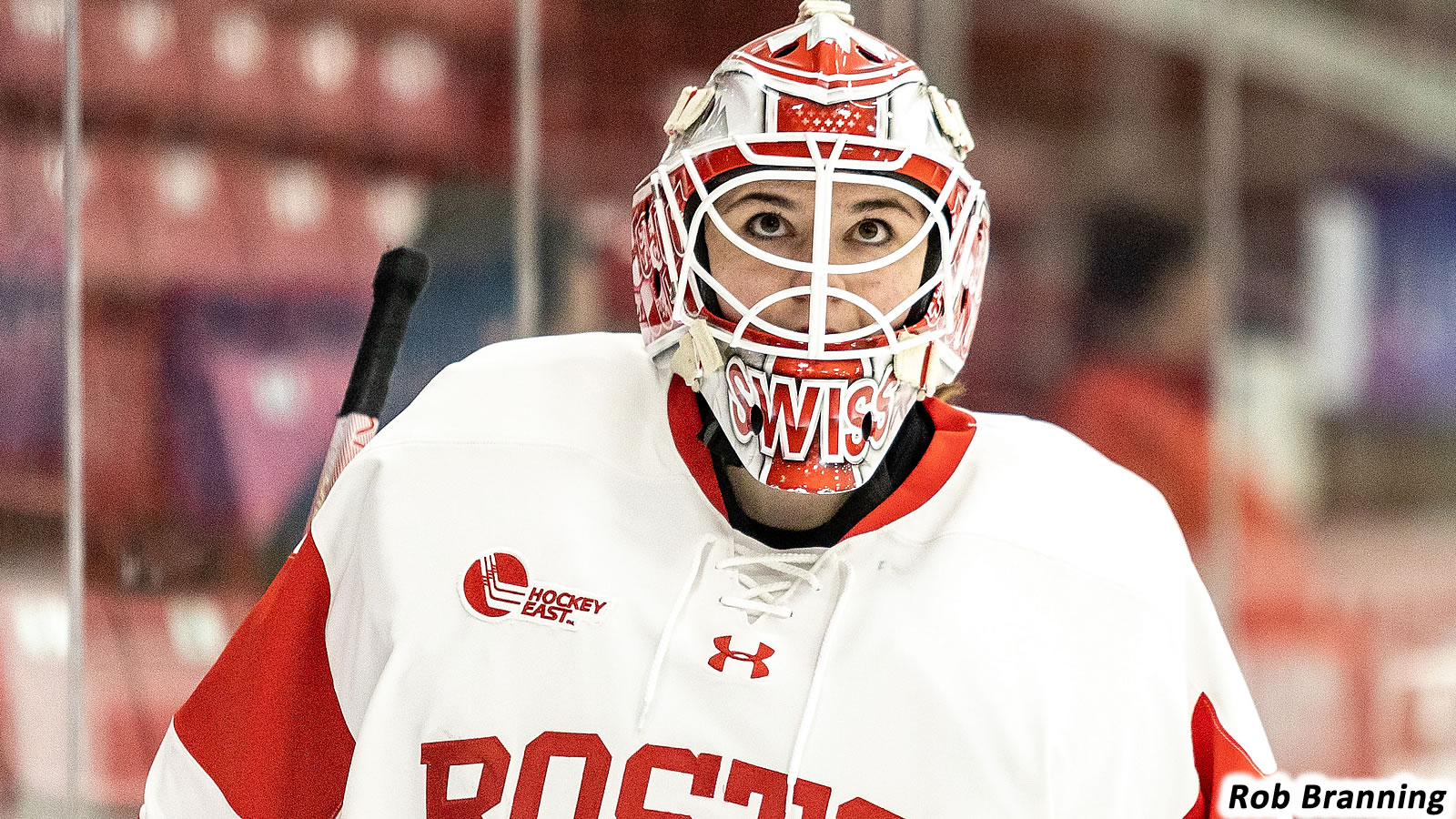 HENDERSON, Nev. - The Boston University women's ice hockey team fought to the end against an undefeated Yale team but the fifth-ranked Bulldogs scored two late goals to earn a 2-0 win on Friday afternoon at Lifeguard Arena in the first game of the Henderson Collegiate Hockey Showcase.

Graduate student Andrea Brändli made 30 saves in goal for the Terriers, who saw their three-game win streak snapped and now stand at 6-9-0 on the season. Pia Dukaric turned in a 26-save shutout for the Bulldogs, who improve to 7-0-0 on the season.

- After withstanding first-period pressure from the Bulldogs, the Terriers were dominant in the second, outshooting the Bulldogs by a 15-6 margin in the stanza.

- The Terriers had the game's lone power play in the second and set up a strong scoring chance but were unable to pot the game's first goal.

- The decisive third period was a back-and-forth, tightly played affair until Yale scored twice in 37 seconds to secure the victory.

- Carina DiAntonio finished off a rush at the left crease for the game's first goal with 5:06 to play before a high-slot wrister by Emma Harvey found the back of the net moments later.

- The Terriers were 0-for-1 on the power play and did not allow the Bulldogs to have a player advantage all game.

- The Terriers will return to action on Saturday (Nov. 26) when they face the loser of Friday's second game between No. 12 Penn State and No. 3 Minnesota