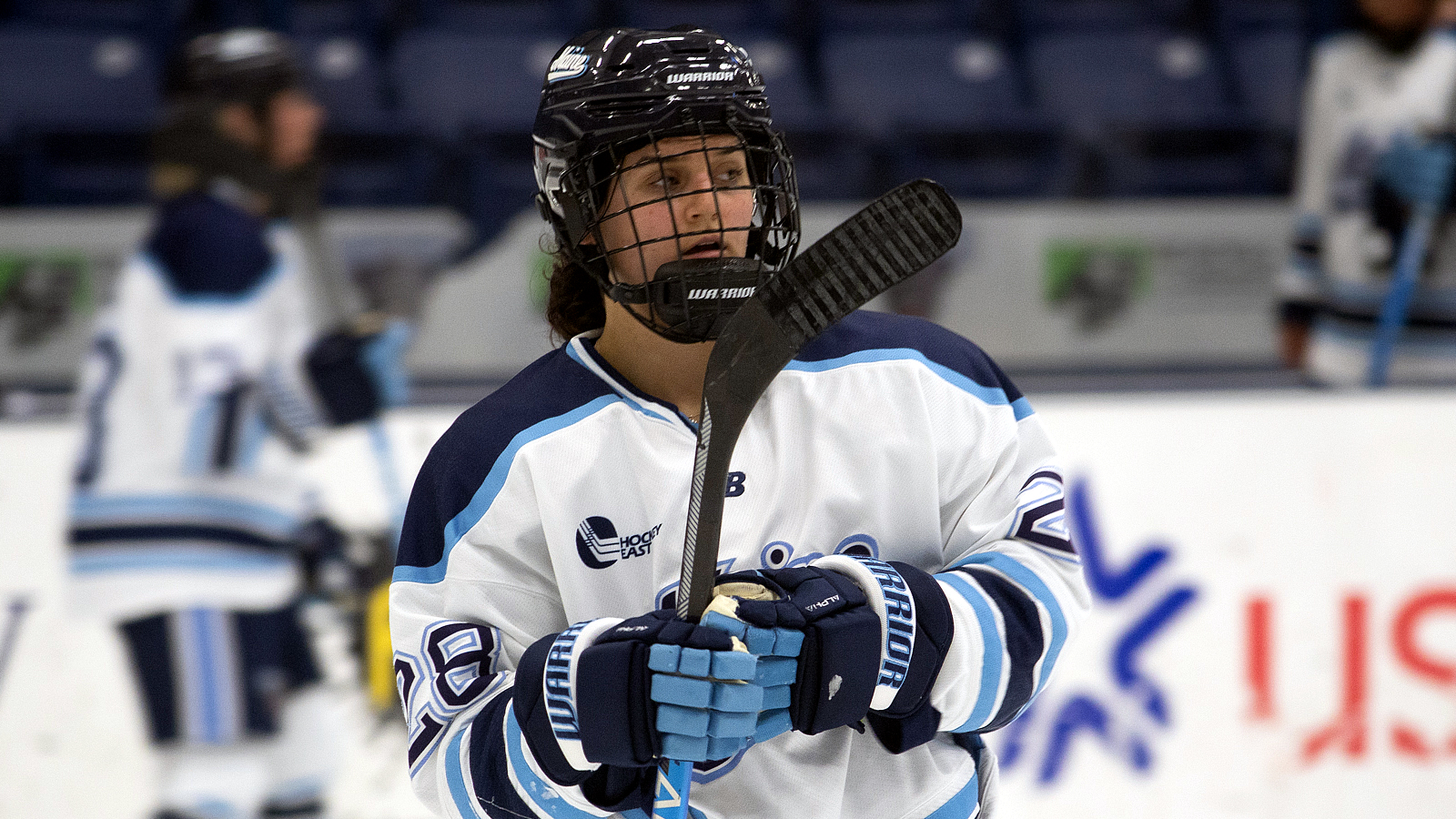 First Goal (0-1 Clarkson): Clarkson would get their first goal early only 1:12 into the first period. Darcie Lappan would take advantage of the power play and find the back of the net for the score. Stephanie Markowski and Gabrielle David each picked up an assist.

Second Goal (1-1 Maine): Maine would answer Clarkson's goal 18:09 into the first period. Alyssa Wruble passed the puck in front of the net where it would be batted around by Maine players, Luisa Welcke would get her stick on it next and then Mira Seregély would flick up the puck up and over Clarkson goalie, Julia Minotti's head and into the back of the net for the score.

Third Goal (2-1 Maine): After a hooking call on the Golden Knights, Maine would be on the power play to give them their next scoring opportunity. With only 39 seconds left in the first period, Lilli Welcke would connect with sister Luisa Welcke in front of the net who passed back out to Elise Morphy who would slap the puck into the back of the net to give Maine the lead.

Fourth Goal (3-1 Maine): 3:10 into the second period Maine would get their third of the game. Mira Seregély would win the face off in front of Clarkson's net and pass the puck behind her to Alyssa Wruble for the one timer and goal.

Fifth Goal (3-2 Clarkson): 10:18 into the second period the Golden Knights would get their second of the game from Haley Winn who skated down from center ice to the front of the net to get it in and Anne Cherkowski got the assist.

Sixth Goal (3-3 Clarkson): Haley Winn would score again for Clarkson to tie up the game 19:06 into the second period. Kirstyn McQuigge would connect with Baylee Kirwan who found Haley Winn for the score.

Eighth Goal (4-4 Maine): The Black Bears would pull Brooklyn Oakes from goal 18:29 into the third period for the final push and with just 45 seconds left in the game Luisa Welcke would shake a defender to shoot the puck into the goalie's pads. Mira Seregély would then get the rebound and shoot again hitting the goalie's pads where then Ida Kuoppala would take hold of the puck and make it into the back of the net for the tie, forcing the game into overtime.

Ninth Goal (5-4 Maine overtime): Just 34 seconds into overtime Maine would score to give them the victory. Mira Seregély would poke the puck away from a Clarkson defender. The puck then found its way to Alyssa Wruble who skated down the ice and fired the puck into the net to give Maine the 5-4 victory.

Brooklyn Oakes earned the win and 22 saves in net for the Black Bears.

Julia Minotti earned 19 saves in net for the Golden Knights.

Maine continues on the road where they face off against Boston University on December 3 and 4.