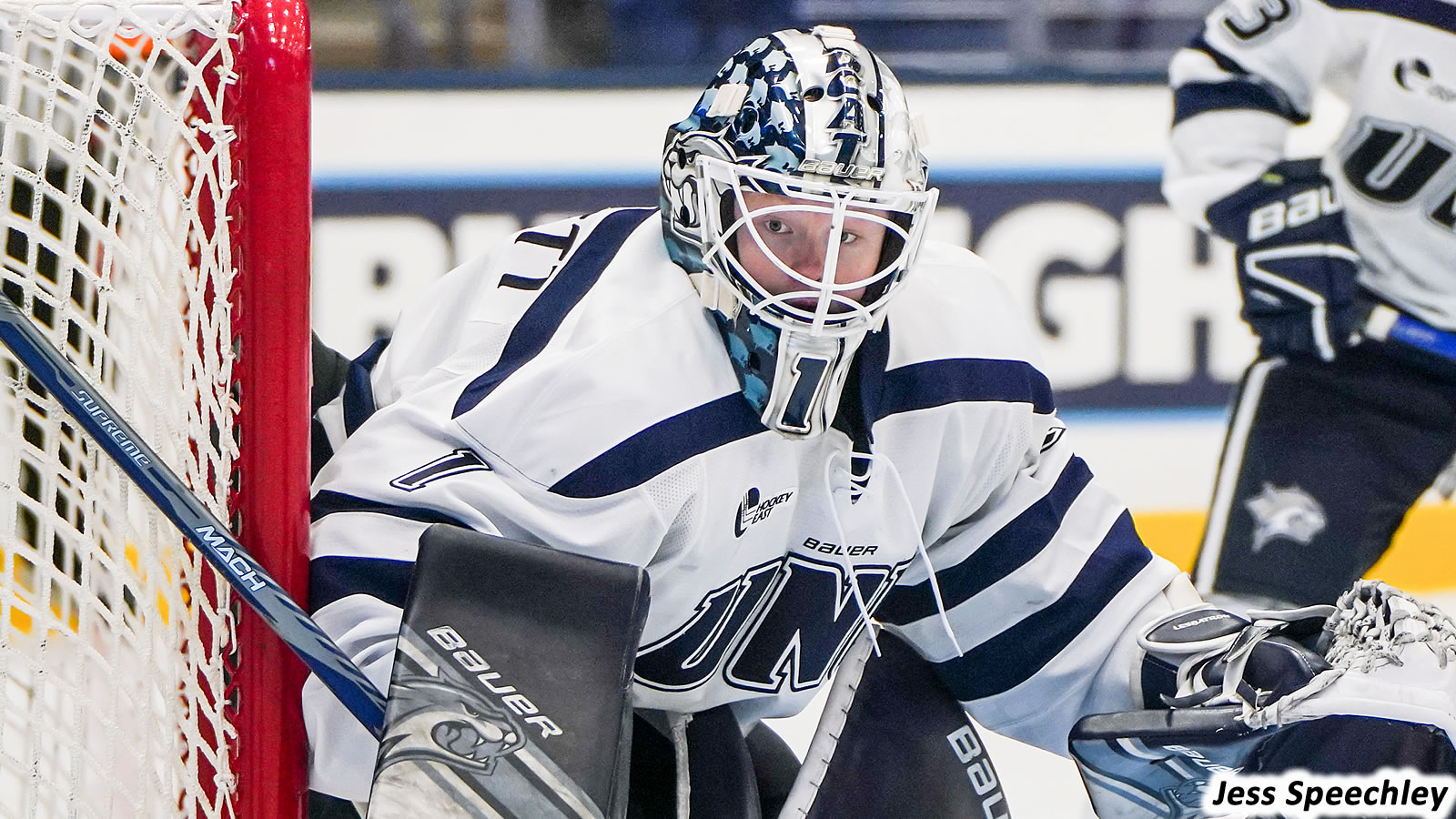 Harnett stopped all 14 shots in the first period as well as all 11 in the final frame. Harvard counterpart Alex Pellicci made 34 saves for the shutout victory as Paige Lester scored the game's only goal 33 seconds into the middle stanza.

- Purchase tickets online at unhwildcats.com, by calling (603) 862-4000 or by visiting the Whittemore Center Ticket Office.

- Harvard recorded a 14-8 shot advantage in the scoreless first period.

- The Crimson tallied half their shots on three power plays.

- Lester netted a shorthanded goal 33 seconds into the second period to score what proved to be the only goal of the game.

- UNH was whistled for too many skaters on the ice with 1:05 remaining, but then Harvard was called for slashing with 24.6 seconds remaining to make it even strength.

- The Wildcats pulled Harnett in favor of an extra skater but the Crimson did not allow a shot the rest of the way to secure the victory.

- The Wildcats went 0-for-4 on the power play and their penalty kill was a perfect 4-for-4.

- The Crimson had the smallest of advantages, 29-28, in the faceoff circle.