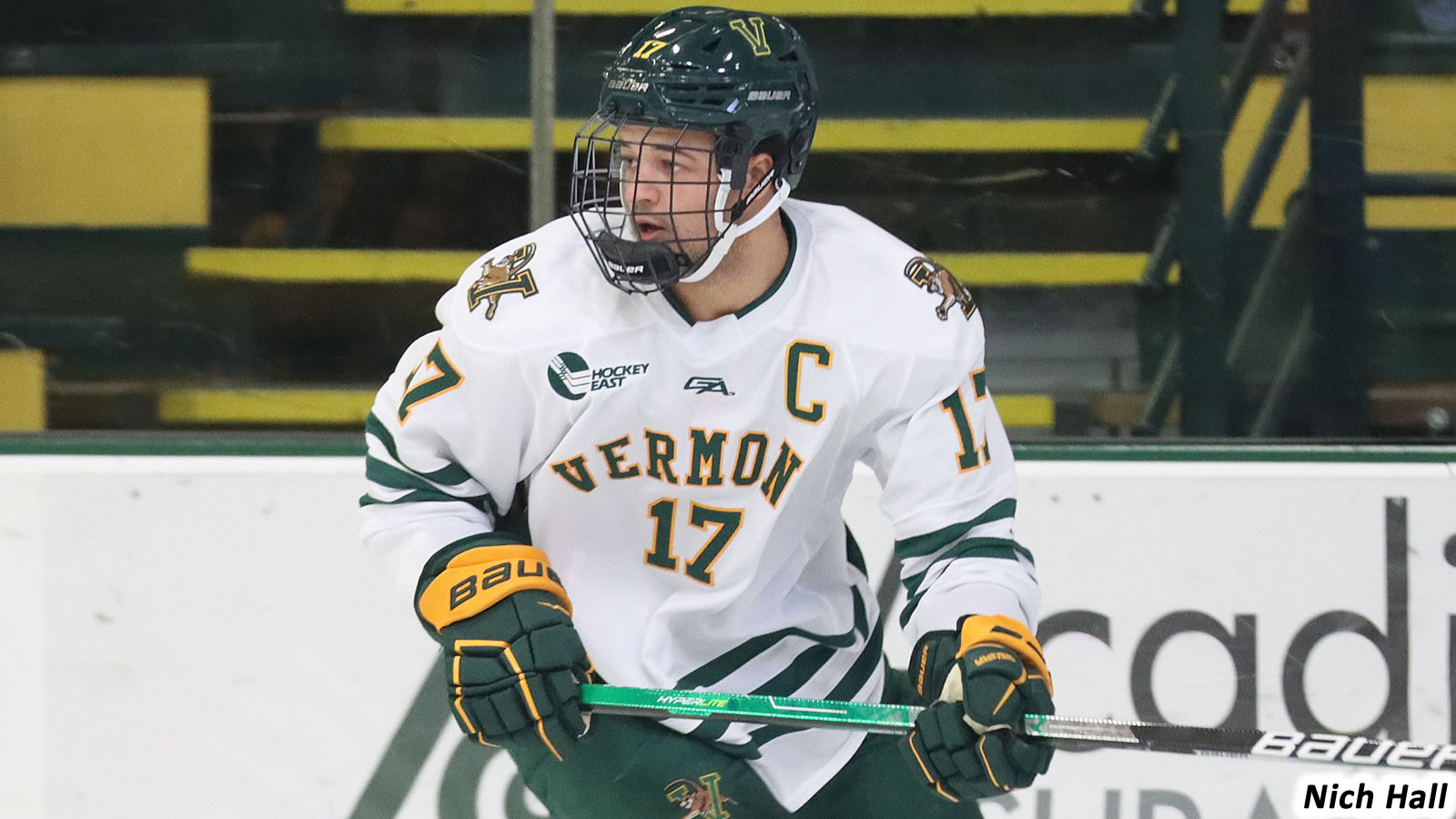 "Not the result we would like to have," Head Coach Todd Woodcroft said. "We couldn't capitalize on our scoring chances and even with 42 shots on net it was hard to tie the game up. Regardless of an early whistle on a second PP goal that would have made the match even, we let that one slip away. Back to work tomorrow preparing for a Hockey East opponent next week."

- Jacques Bouquot opened the scoring for the Catamounts with 1:46 left in the opening frame on the power play. An Eric Gotz point shot deflected off Bouquot and found the back of the net. Andrei Buyalsky was credited with the secondary assist on the play.

- RPI first year Sutter Muzzatti scored the first collegiate goal of his career to tie things up with 3:08 left in the middle frame. On the door step Muzzatti had the rebound from a Nick Strom shot come right to him and he fired it home.

- TJ Walsh scored the game-winning goal 7:39 into the final frame on a five-on-three power play. Walsh one-timed a slap shot from the right circle past UVM's Gabe Carriere with a feed from Laura Sertti.

- With 6:29 left in the third the Catamounts appeared to convert on another power play to tie things up. Seconds after hitting the post Buyalsky fed a shot-pass to Bouquot in the slot and Bouquot redirected in on net. Watson appeared to make the save and control the puck but as the officials blew the play dead Isak Walther stashed home the rebound.

- With 6:09 left in the contest RPI's Sertti received a five-minute major for interference and a game misconduct. On the ensuing player advantage Watson made seven saves and Robbie Stucker rang a shot off the post as RPI held its advantage.

- In the final minute of regulation Watson made four more saves to preserve the win.

- The Catamounts have scored at least one power play goal in three straight games.

Vermont is back in action on Friday, December 2 as they host Maine in Hockey East action on Widewail Night. Faceoff is set for 7 p.m. The radio voice of the Catamounts Adam LaFleur will have the call on WVMT. The Zero Gravity Craft Brewing Pregame Show starts at 6:30 p.m.

Friday's action like all home games will air on ESPN+. It will also be available on a pay-per-view basis internationally at https://portal.stretchinternet.com/hockeyeast. Subscriptions to the service are available for $9.99 USD per month or $4.99 USD for individual games.

Save the date for Rally's Birthday Bash presented by Healthy Living! Our #1 fan is having an enormous birthday party and everyone is invited! The celebration is scheduled for Sunday, December 11, from 3-4 p.m. in the east court indoor track and will continue throughout the game at 4 p.m. vs. Dartmouth. Bring in a new toy for Rally to donate to local families in need! All kids 12 and younger can receive a free ticket to the game at the Gutterson Ticket Office. The ticket office will open at 3 p.m., one hour before puck drop.