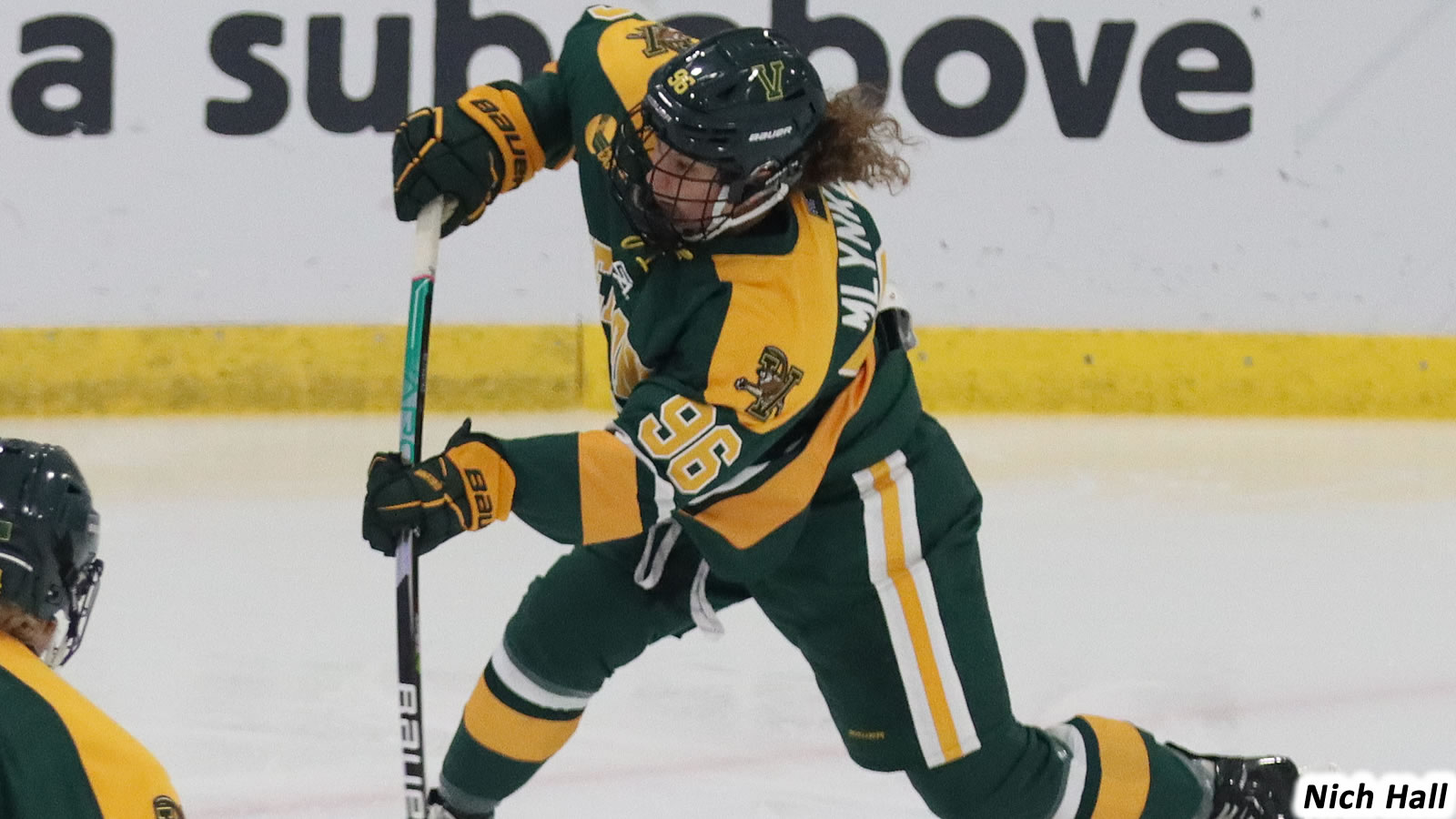 BURLINGTON, Vt. - No. 13 Vermont scored two second period goals 39 seconds apart to pull away and defeat Dartmouth 4-1 Tuesday night in non-conference action from Gutterson Fieldhouse, it was the Catamounts final home game of 2022. With the win, Vermont is now 11-5-1 on the campaign.

"It was a good result tonight and it was especially good to get going again after a 10-day layoff," Head Coach Jim Plumer said. "I felt like we knocked the rust off and got better as the game went on, especially the second half of the game. Dartmouth played tough and it was good to fight through some adversity and finish the game off with a clutch penalty kill. We are excited for the weekend ahead against Northeastern."

- Theresa Schafzahl opened the scoring for the Catamounts on the power play with 9:06 left in the first period. Natálie Mlýnková dished over to Schafzahl on the wing and she ripped a wrist shot just under the crossbar for her 14th goal of the season. Sini Karjalainen earned the secondary assist on the tally.

- The Big Green equalized 2:05 into the middle frame. Abby Grexton scored her first goal of the season with a wrist shot that snuck past UVM's Jessie McPherson

- With 3:01 left in the second period Tynka Pátková struck for her second goal of the season to reestablish the Catamounts lead. Lily Humphrey fed a cross-ice pass to her through traffic that she kicked up from her skates to stick and slipped past Dartmouth's Maggie Emerson. Krista Parkkonen also earned an assist on the even strength goal.

- 39 seconds later Mlýnková made it a two-goal lead for the Catamounts. After Ellice Murphy forced a turnover in the neutral zone Schafzahl and Mlýnková broke into the Big Green zone on a two-on-two rush. Schafzahl feathered a pass through both defenders and Mlýnková put it home for her 11th goal of the campaign.

- With 5:12 to play in the third period the Big Green had a huge opportunity with 76 seconds of a five-on-three advantage. On the two-player advantage McPherson only had to make one save, Mlýnková blocked two shots and Karajalainen blocked another as UVM came through unscathed.

- Karjalainen added an insurance marker with 1:44 left in regulation. She fired a point shot through extensive traffic that Emerson never saw before it was over her shoulder. Mlýnková earned her third point of the night with an assist on the tally.

- The Catamounts have won three straight games by three or more goals.

- In the last seven games Natálie Mlýnková and Theresa Schafzahl have combined to produce 22 points.

Vermont is back in action this weekend for a top-15 showdown at Matthews Arena. The Catamounts will face #7 Northeastern on Friday at 6:30 p.m. and then again on Saturday at 4 p.m. Friday's action will air on NESN as Hockey East's Game of the Week. While Saturday's contest will air on NESN+. Both games will still also be streamed via ESPN+.

The games will also be available on a pay-per-view basis internationally at https://portal.stretchinternet.com/hockeyeast. Subscriptions to the service are available for $9.99 USD per month or $4.99 USD for individual games.

This will be the first meeting between the two teams since the Catamounts ended Huskies 13-game winning streak on January 28 with a 2-1 win at Matthews Arena. It was also the Catamounts first-ever win over a top-ranked team. The Huskies have lost only twice in their last 42 home games, once to Vermont and once to Boston College.