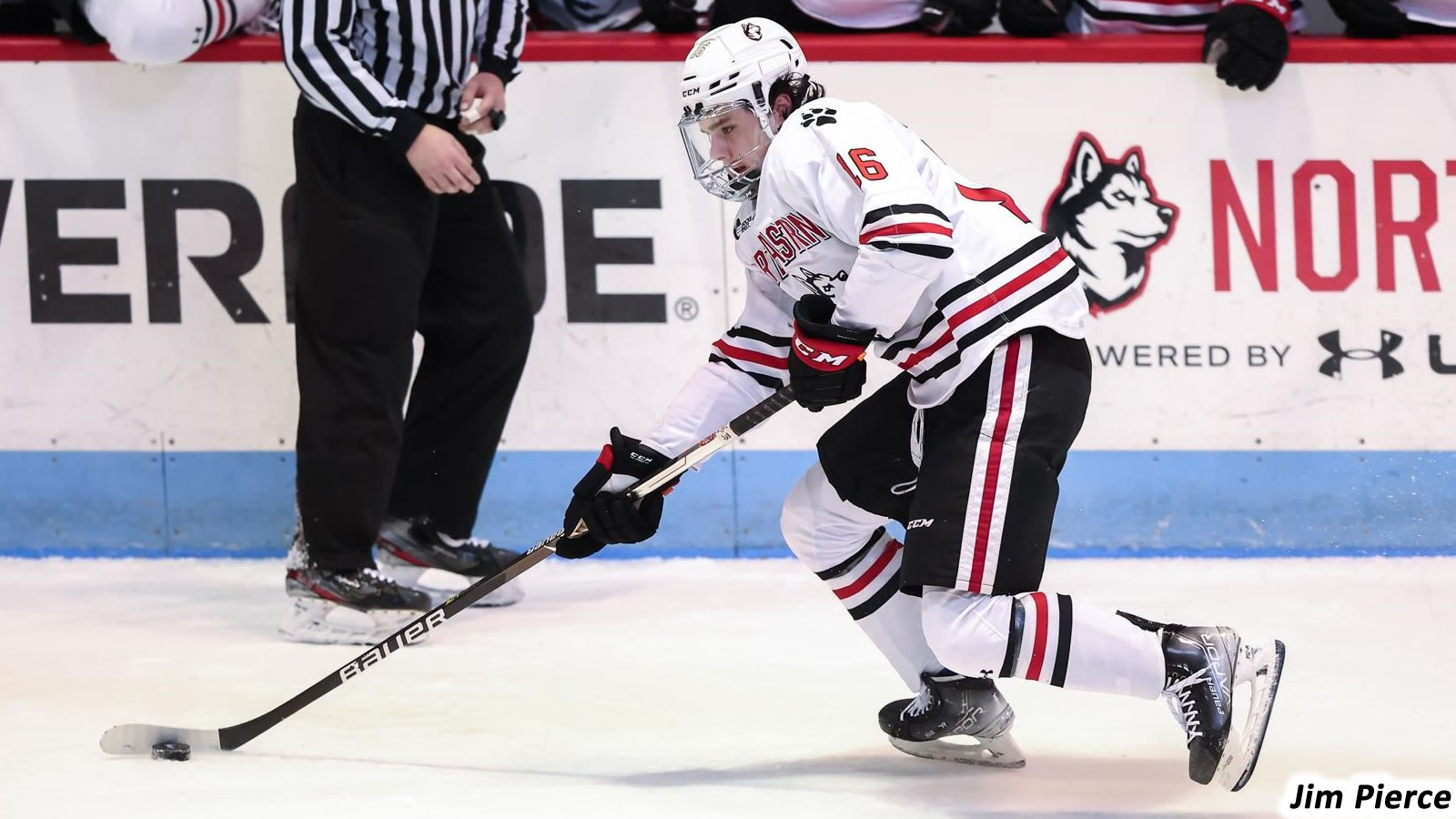 - The Pioneers took an early 1-0 lead in the first period courtesy of Marcus Joughin.

- Before the period closed, the Huskies would tie things up in the final three minutes. From the neutral zone, a connection from Hunter McDonald and Cam Lund found Sam Colangelo who sniped one in from the left circle to tie things up, 1-1.

- Sacred Heart tallied two more goals in the second period for a 3-1 advantage heading into the final frame.

- Northeastern made a swift response to start the third period as Matt DeMelis snuck his second goal of the season between the legs of the Pioneers' netminder. Matt Choupani and Braden Doyle were credited with the assists.

- In the final seconds of the game, Sacred Heart capitalized on an empty-net goal to win by a score of 4-2.

Northeastern takes a break from action next weekend before gearing up to take on LIU at Bridgewater Ice Arena in New York on Sunday, Dec. 18.