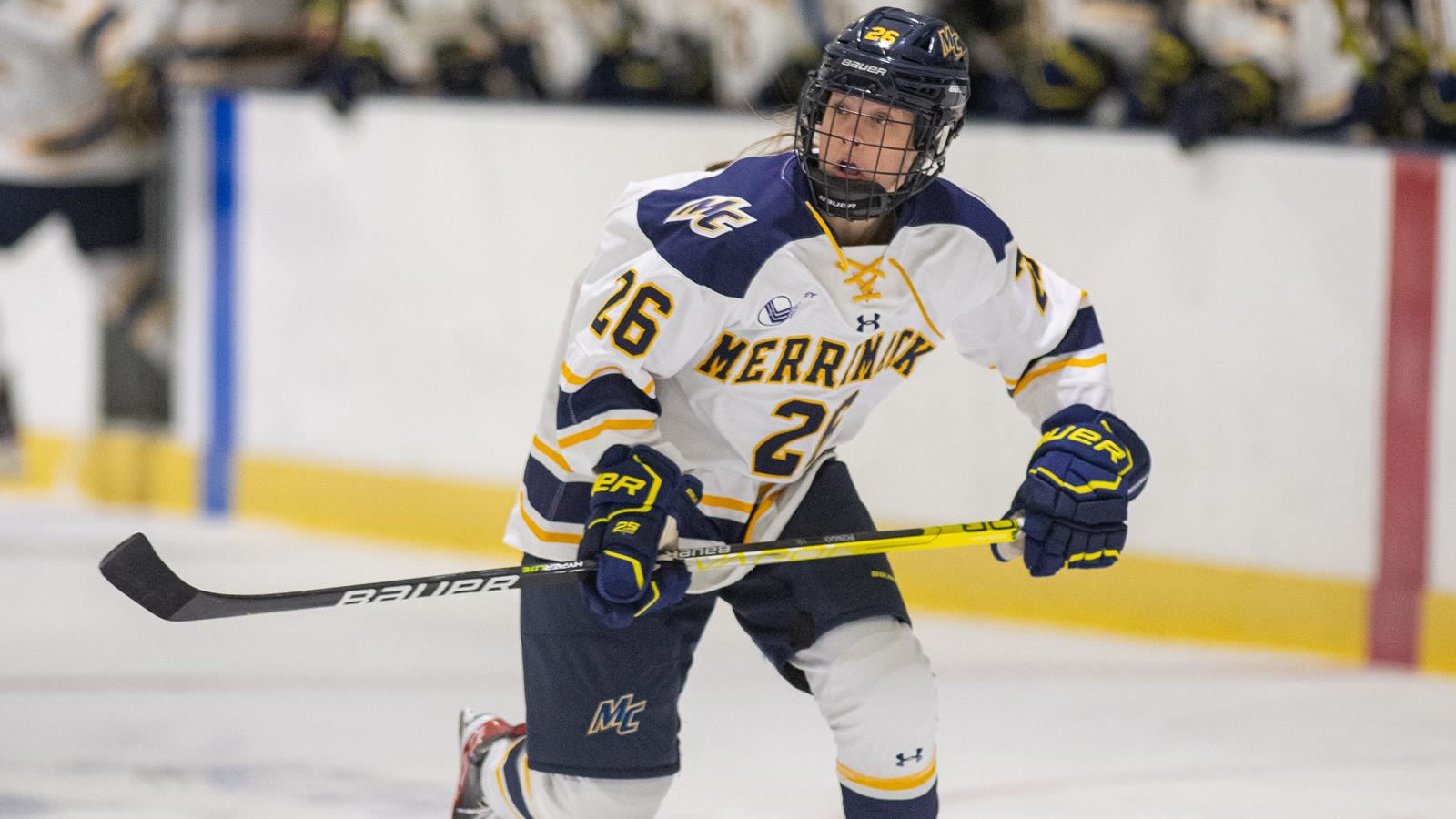 Sophomore forward Alexa Pongo scored a goal for the Warriors
Merrimack Topped By Dartmouth In Overtime, 2-1

NO. ANDOVER, Mass. - The Merrimack's women's ice hockey was defeated in overtime by the Dartmouth Big Green by a score of 2-1 on Wednesday night at J.Thom Lawler Rink.

In the first 40 minutes of the contest, neither team was able to take the lead, and get the advantage.

Dartmouth grabbed the lead with just over 12 minutes to play as they scored on a rebound shot.

Alexa Pongo was able to tie the game up at 11:22 of the third, as she took the puck from end to end and picked the bend in the pipe to send the stuffed animals flying and equal the game.

With neither team able to find a winning goal in the final 8 minutes of regulation, the game went to overtime.

Merrimack went on the penalty kill only 28 seconds into the overtime and Dartmouth would take advantage as they scored on a deflected shot to win the game at 1:18 of the period.

Alexa Pongo scored her sixth goal of the season, her third in four games.

Natalie Nemes led the team in blocks with three.

Emma Gorski made 26 saves in the loss.

The Warriors head on the road for their final game before the holiday break, as they take on Dartmouth College in the second of this two game set on Saturday, December 10th, the game is set to begin 4 PM and can be seen on NESN.