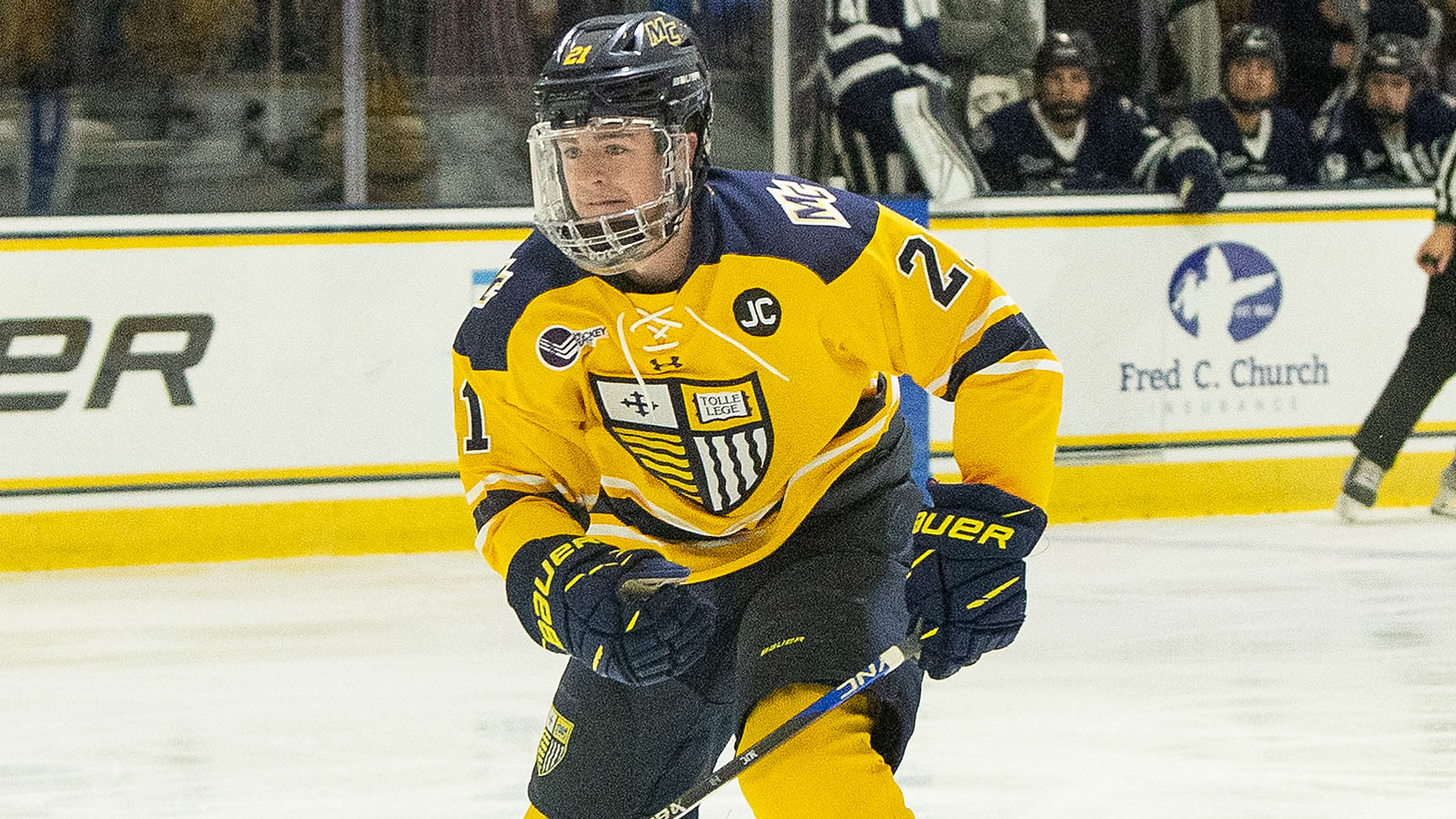 AMHERST, Mass. - The Merrimack men's hockey team fell behind early in the first period but were able to score two unanswered goals to defeat UMass Amherst by a score of 2-1 to win the Regular Season series against the Minutemen two games to one.

Merrimack fell behind early as the Minutemen took the lead just 88 seconds into the contest.

The Warriors got on the scoreboard when Matt Copponi once again scored the first goal of the game at 10:10 of the period, and the score would be tied at one after the first.

Merrimack would have a long time on the powerplay were unable to cash in, but the Warriors would find the eventual game winning goal as Ottoville Leppanen scored with only one second remaining to take the lead into the second intermission.

The Warriors would lock in, as the Minutemen would outshoot them in the final frame and also have to kill off a late powerplay, the defense and goaltending was stellar as the Warriors held on to win their eighth Hockey East contest of the season.

- Matt Copponi had a goal and assist in the win, and he now has 16 points on the year.

- Ottoville Leppanen had a goal and is currently on a six game point streak.

- Zach Bookman, Ivan Zivlak, and Alex Jefferies each had an assist.

- Hugo Ollas made 35 saves to earn his sixth win of the season.

The Warriors have one more game before the holiday break as they head to Providence on Saturday, Puck drop is set for 7 PM. The game can also be seen on NESN.