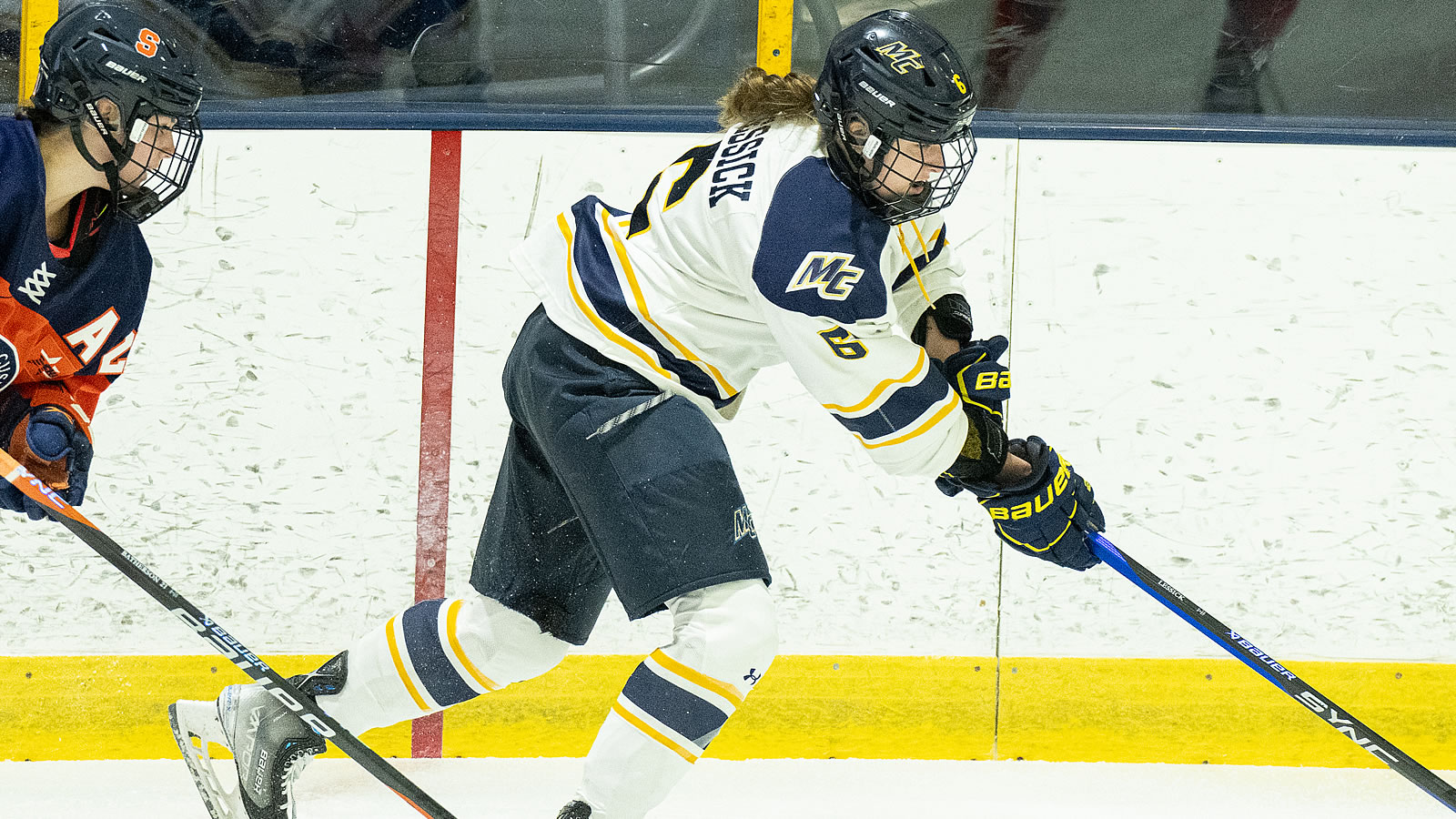 MINNEAPOLIS, Minn. - The Merrimack Warriors Women's Ice Hockey was defeated by the Minnesota Golden Gophers by a score of 9-2 in the first game of the East/West Showcase.

Minnesota took the lead just under seven minutes into the contest for the only goal of the first period.

Minnesota scored four times in under two minutes to stretch the lead to six.

Alexa Pongo would score the Warriors second goal of the night midway through the third.

Minnesota would add two more goals before the end of the game.

- Katie Kaufman and Alexa Pongo scored for the Warriors.

- Pongo's goal gives her six in her last six games, and she is currently on a four game scoring streak.

- Teghan Inglis blocked eight of the Warriors 16 shots on the evening and had an assist.

- Payten Evans had an assists and has had five assists on her last six games.

The Warriors will play the second game of the East/West Showcase on Saturday Afternoon agains the St. Cloud State Huskies at 2 PM EST.