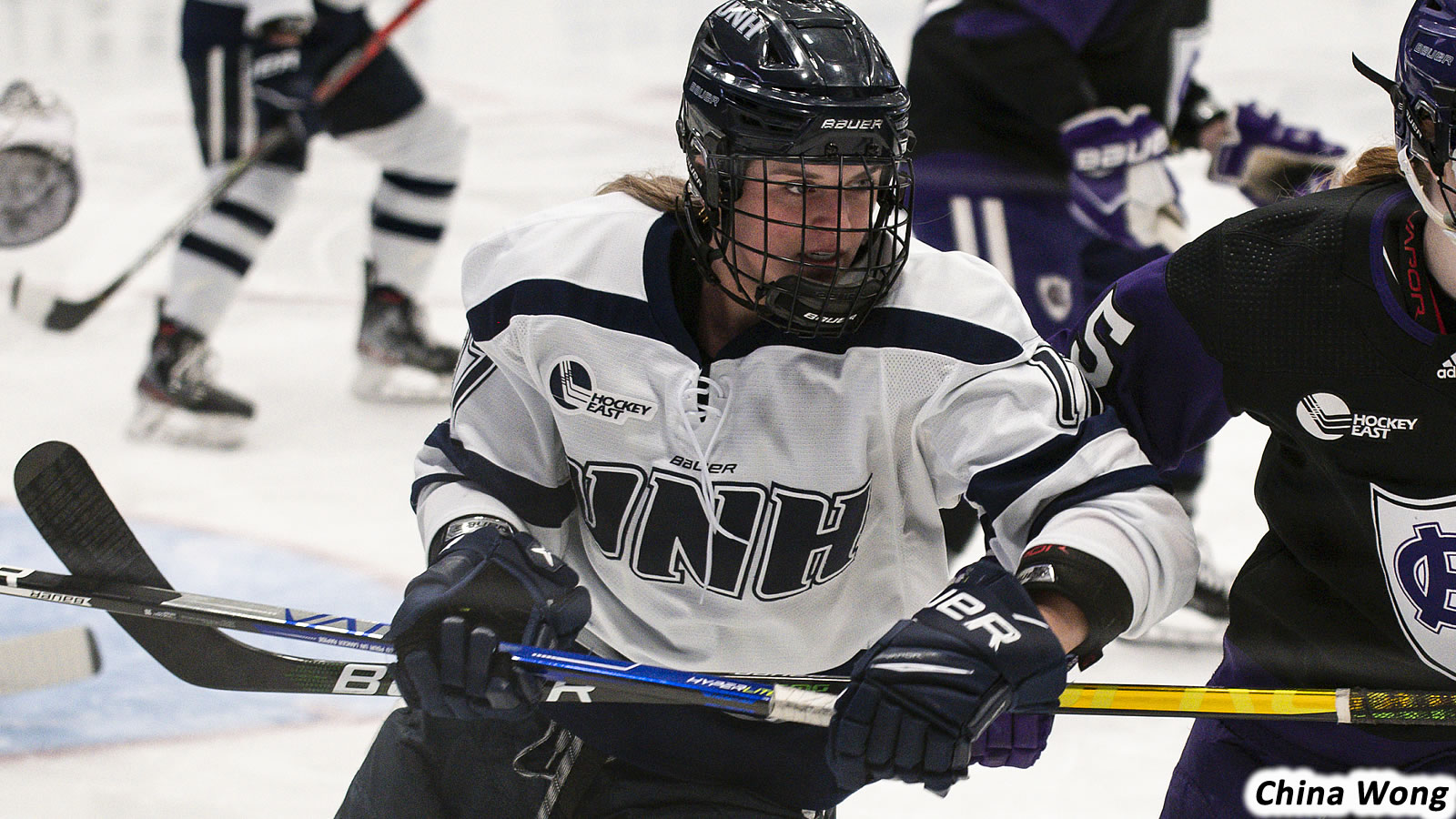 Harnett made nine saves in both the first and second periods as part of her 22-save effort.

SCSU goalie Jojo Chobak made half of her 24 saves in the third period. Allie Cornelius scored two goals, including an empty-netter, and Courtney Hall had three assists to lead the offense. Klara Hymlarova scored the other goal.

- SCSU recorded a 10-8 shot advantage in the opening 20 minutes.

- Hymlarova gave the Huskies a 1-0 lead with a power-play goal at 13:29. She led a rush through the neutral zone, slipped a pass to the left circle and continued down the slot, where she redirected Courtney Hall's shot into the cage.

- Allie Cornelius extended the advantage to 2-0 at 1:15 of the second period.

- New Hampshire recorded a 12-5 edge in shots in the final frame.

- In the remaining 40 seconds of the Wildcats' skater advantage, both shot attempts were blocked by a SCSU skater to keep the score 2-0.

- New Hampshire went on its second power play of the period and fourth of the game at 8:35. Shots by Shea Verrier (Reading, Mass.) at 8:50, Marina Alvarez (Center Moriches, N.Y.) at 9:27 and Chavonne Truter (Uxbridge, Ontario) at 10:00 were all stopped by Chobak.

- The 'Cats attempted four other shots during that skater advantage, but one was off target and three others were blocked.

- Brooks was the top 'Cat in the faceoff circle with a team-high 10 wins and team best winning percentage of 62.5 percent.

- Martin has now played in 147 career games, which is tied for fourth on the program's all-time list. A total of 36 Wildcats have played 140+ career games.