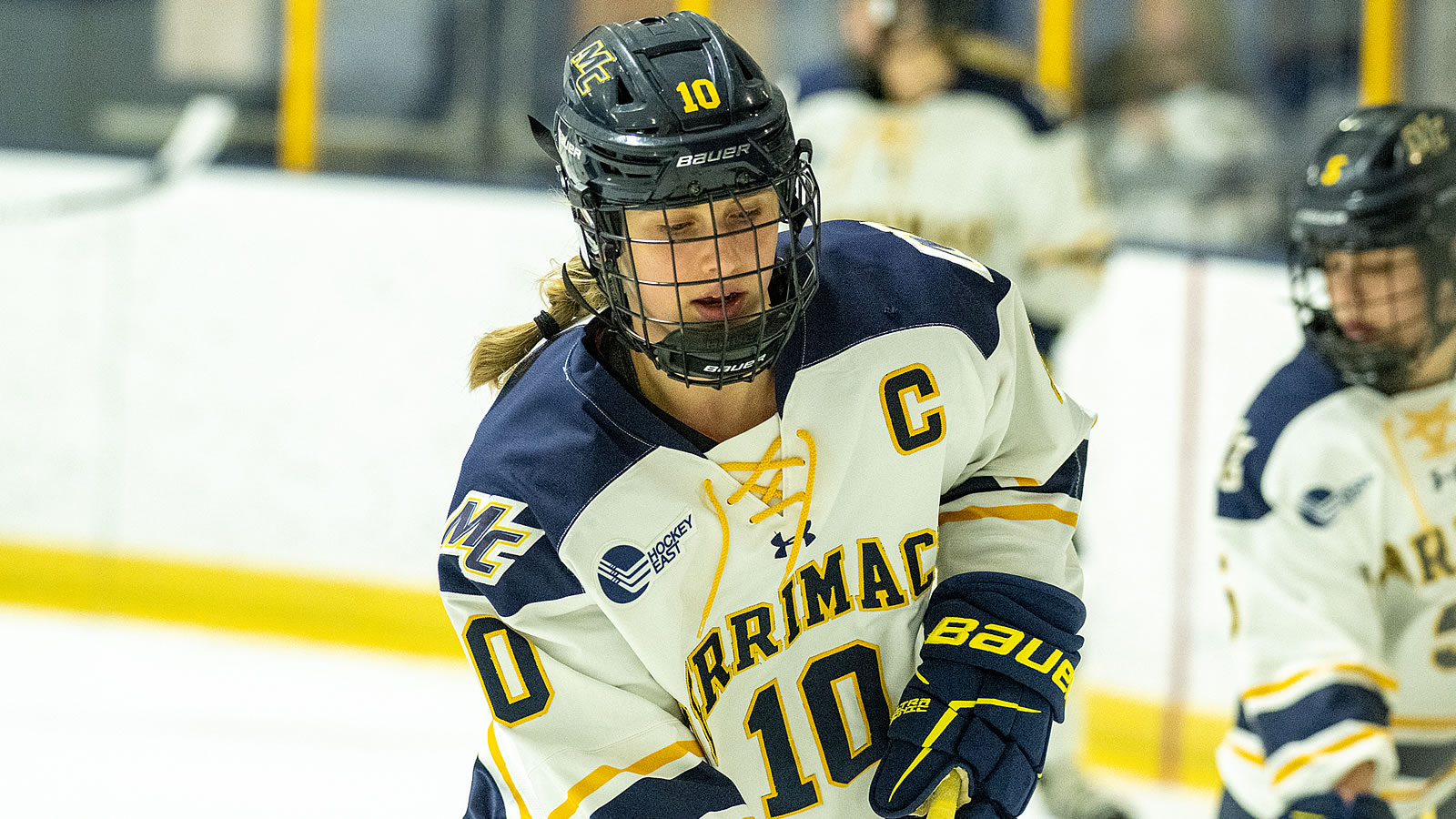 MINNEAPOLIS, Minn. - The Merrimack Warriors Women's Ice Hockey scored late but were unable to complete the comeback as they fell to the St. Cloud State Huskies by a score of 3-1 in the second game of the East/West Showcase on Saturday afternoon.

In the second period, St.Cloud scored twice in quick succession to take a 2-0 lead with under seven minutes to go. St Cloud would add a third on the powerplay with three minutes to play in the second.

Merrimack would score late in the third period, when Katie Kaufman scored on the powerplay for her second goal of the weekend with 3:08 play in the third but the Warriors could not stage the comeback.

- Katie Kaufman scored her second of the weekend and re took the team lead in goals with nine.

- Emma Gorski made 29 saves in the loss.

- Raice Szott and Payten Evans each had an assist.

The Warriors will return to play next Friday against UConn, Puck drop is at 6 PM.