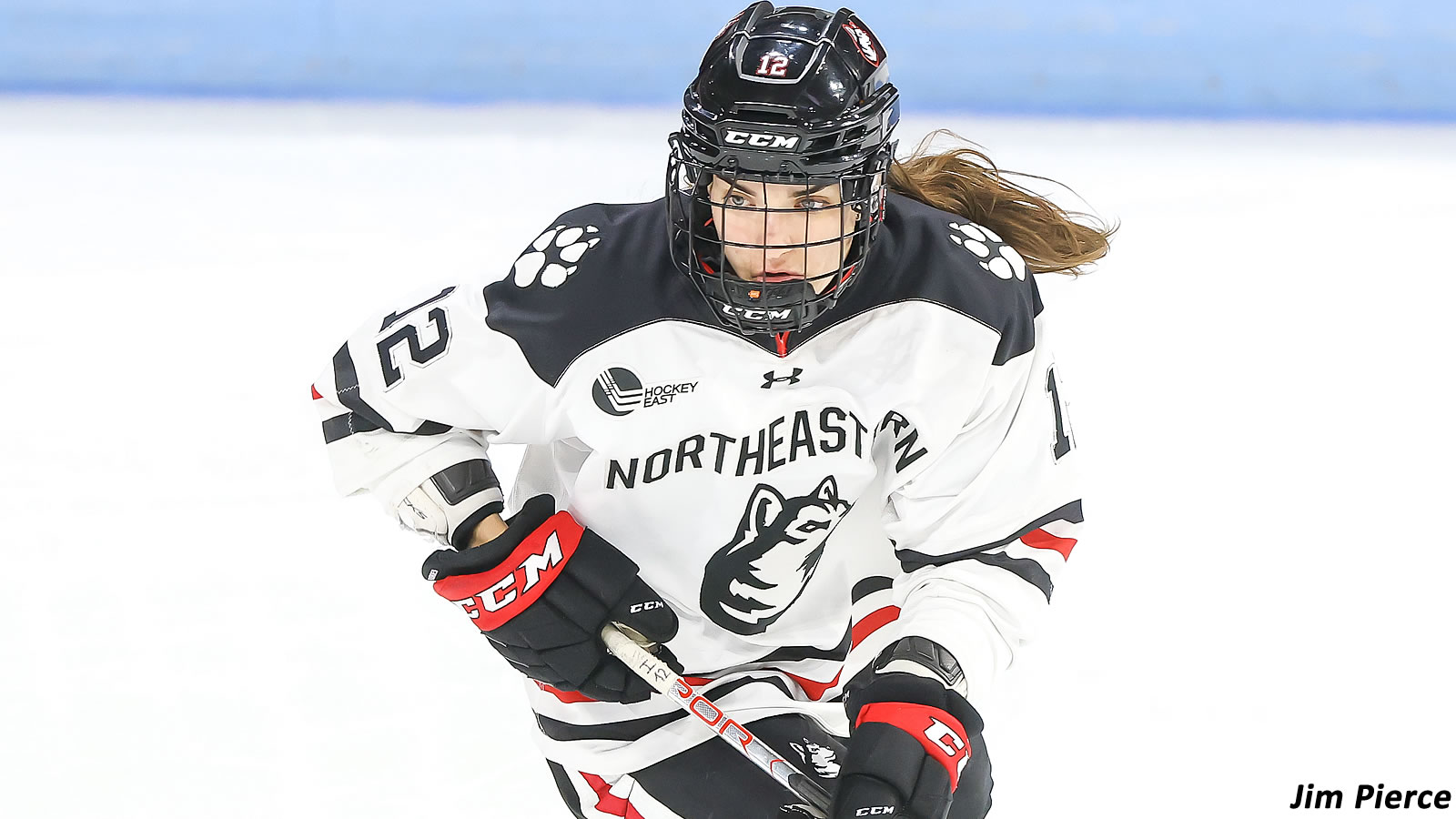 BOSTON, Mass. - Graduate student Chloé Aurard scored in overtime to deliver the No. 7/8 Northeastern Huskies a 1-0 victory over Boston College. With the win, the Huskies swept the Hockey East series against the Eagles.

- The two teams played through three scoreless frames to open the game, with both goaltenders locked in. Northeastern held the advantage in shots 41-27 as the game headed to overtime.

- At the 2:40 mark in the overtime period, graduate student Alina Mueller won the faceoff and got the puck to Aurard who tucked it past Boston College's Abigail Levy for the game-winner.

- Senior goaltender Gwyneth Philips was locked in from the jump, she made 29 saves in her 20th victory of the season.

Northeastern will return to the ice in Matthews Arena on Saturday, Jan. 14 against Maine at 7:30 p.m.