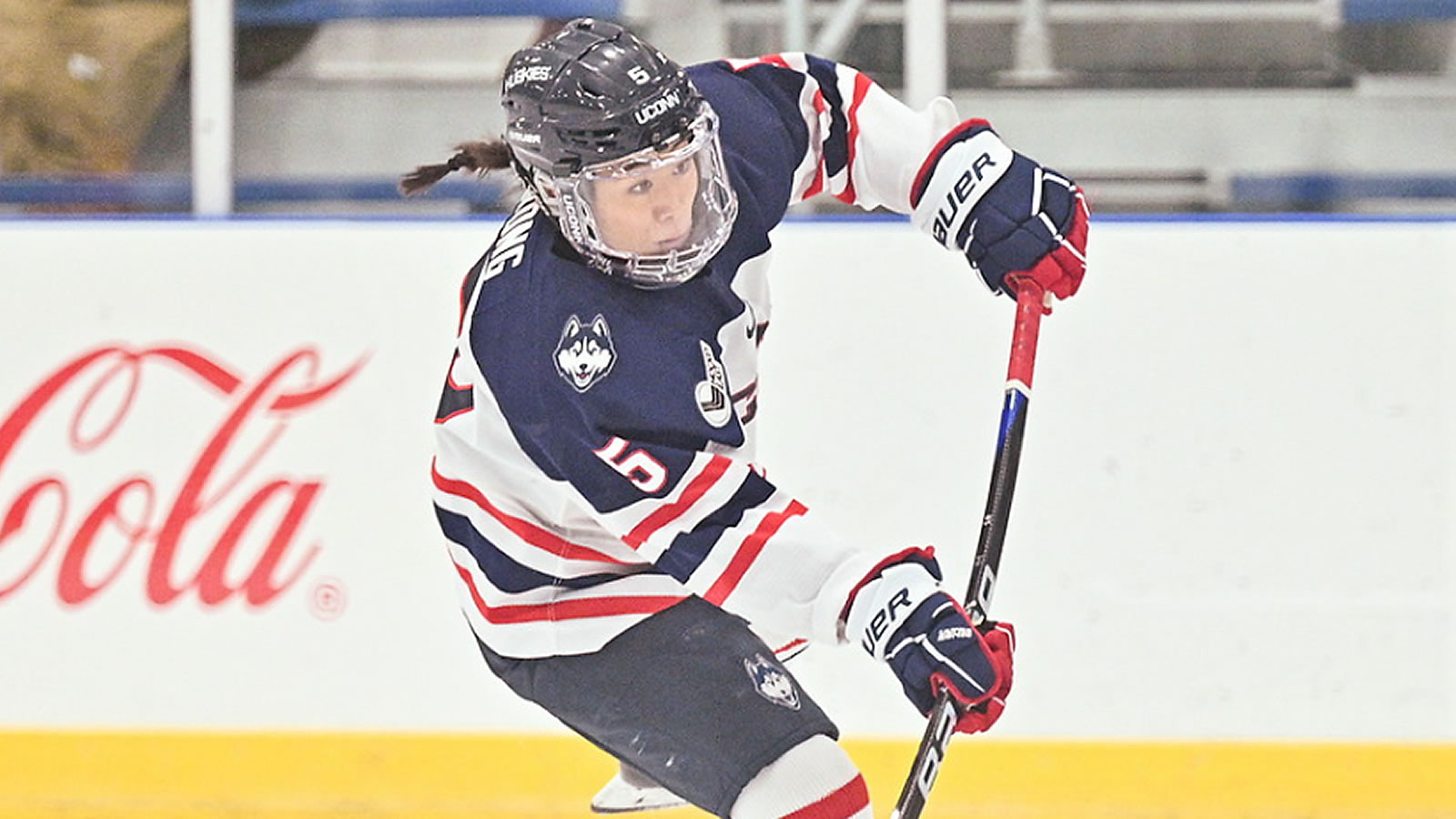 STORRS, Conn. - The University of Connecticut women's ice hockey team began the inaugural season in the Toscano Family Ice Forum with a 4-2 victory.

Period 2: The second period would start off like the first as both teams played aggressively. More power play advantages would occur. The Warriors would get their second power play of the night with a body checking penalty, but the Huskies would hold them off. Then, UConn would strike again. Kaitlyn Yearwood found captain Coryn Tormala for the 2-0 score in the second. The Huskies would outshoot the Warriors with 24 shots on goal to two.

Period 3: The Huskies took the same approach as the first two periods with aggressive offense. UConn would make it 3-0 early in the third period. Brianna Ware assisted Kathryn Stockdale with a spin around pass that opened the way for the rocketing shot. Merrimack would get the power play with a roughing penalty on UConn and Sophie McKinley for the Warriors would score. As the power play was ticking down to the last seconds, Merrimack's Hannah Corneliusen would tack on a second goal. The Huskies would then round out the night with an empty net goal as Kate Thurman would make it 4-2 and secure the first win in Toscano Family Ice Forum.

The Huskies will take on Vermont at 2 p.m. on Saturday Jan. 14 at Toscano Ice Forum. The game can be seen on ESPN+.