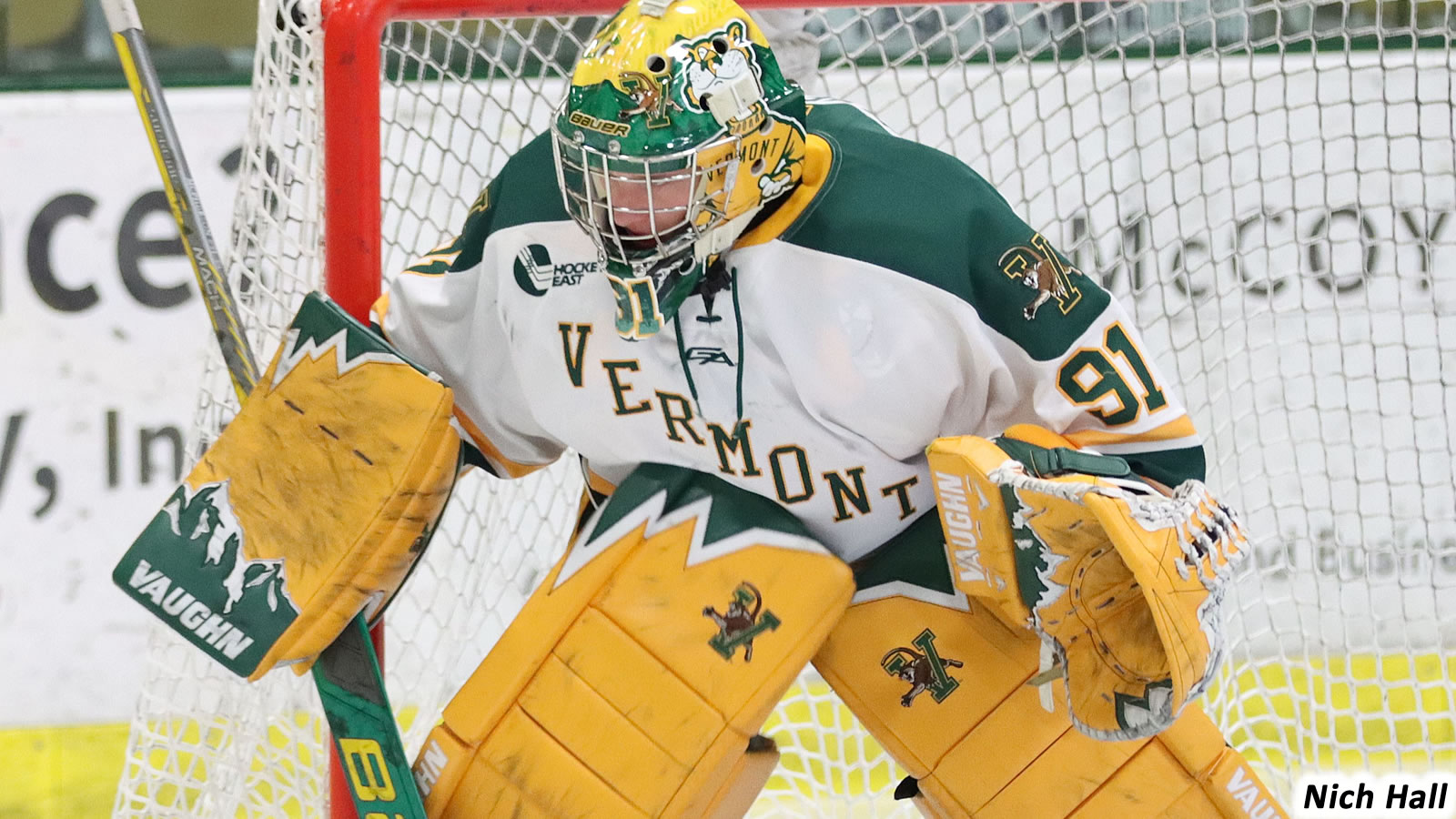 BURLINGTON, Vt. - 11th ranked Vermont scored three third period goals and Jessie McPherson made 22 saves in her shutout of the season as the Catamounts defeated No. 13 Providence for the third time in seven days from Schneider Arena in Hockey East's Game of the Week on NESN. With the win Vermont improves to 16-7-1 this season while the Friars fall to 16-8-1.

"Really, really gutsy win by our team tonight," Head Coach Jim Plumer said. "Providence was the better team for two periods and I'm proud of the way we hung in there and kept the game scoreless through two periods. Jessie McPherson was again outstanding, especially while we were finding our footing. Once we finally broke through in the third we started to play better and I'm so proud of the way that this team knows how to finish a game. We've got another huge test tomorrow at UConn and we are going to have to be able to play a full 60 minutes."

- In the first period McPherson made 10 saves as Providence came with an early push.

- Theresa Schafzahl broke the scoreless tie 4:31 into the third period. On the cycle Schafzahl and Natálie Mlýnková passed back and forth four times along the outside in the Providence zone. From the blue line Schafzahl fired a wrist shot that deflected off a PC defender's skate and fooled Providence's Sandra Abstreiter for her 15th goal of the season. Sini Karjalainen was credited with the secondary assist on the icebreaking tally.

- With 8:43 to go Lara Beecher doubled the Vermont advantage with a tremendous individual effort. On the forecheck Beecher poked the puck away from a PC defender and then from a sharp angle she fired a wrist shot just under the crossbar for her eighth goal of the season.

- With 1:01 to play Mlýnková put the contest out of reach with an empty-netter. In the neutral zone Schafzahl left the puck for Mlýnková to net her 15th goal of the season.

- In the last three games against Providence Jessie McPherson stopped 63 of the 64 shots she faced, good for a .984 save percentage.

- First year Lara Beecher has scored eight goals this season, four of them have come in the last three games against the Friars.

- After earning three points with tonight's regulation win the Catamounts remain in second place in Hockey East with a four-point cushion on the Friars.

The Catamounts travel to No. 15 UConn tomorrow afternoon for their fourth consecutive game against a ranked opponent. Faceoff at the brand new Toscano Family Ice Forum is set for 2 p.m.