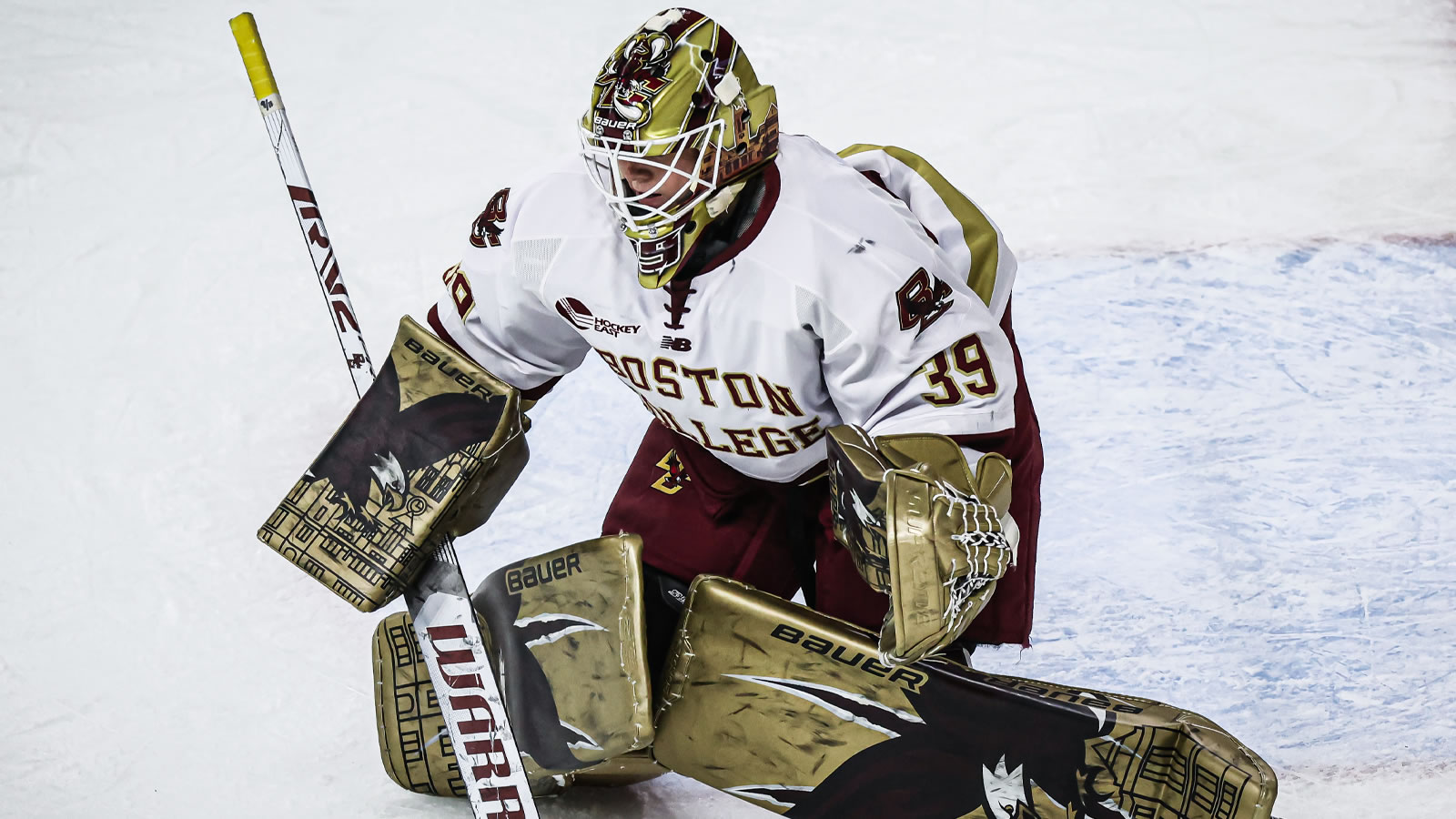 WORCESTER, Mass. - Behind two goals from Deirdre Mullowney and a 21-save shutout from Abigail Levy, the Boston College women's hockey team earned a 3-0 win over Holy Cross at the Hart Center Rink on Friday night.

Mullowney scored just 28 seconds into the contest for a 1-0 lead after the first 20 minutes. Kelly Browne then scored six minutes into the third period before Mullowney potted her second of the night a few minutes later.

- Boston College went 0-for-4 on the power play while Holy Cross was 0-for-1.

- Abigail Levy made 21 saves to move to 11-6-1 on the year ... Levy's shutout marks her third of the season and the 14th of her career ... it is her sixth shutout at Boston College and moves her into a tie for fifth all-time in program history.

- Kelly Browne scored her fifth goal of the season ... Katie Pyne picked up her third helper of the year.

- Caroline DiFiore registered her first point of the season with an assist.

- Boston College will be back in action on Tuesday night, hosting #15 UConn at 6 p.m. at Kelley Rink.