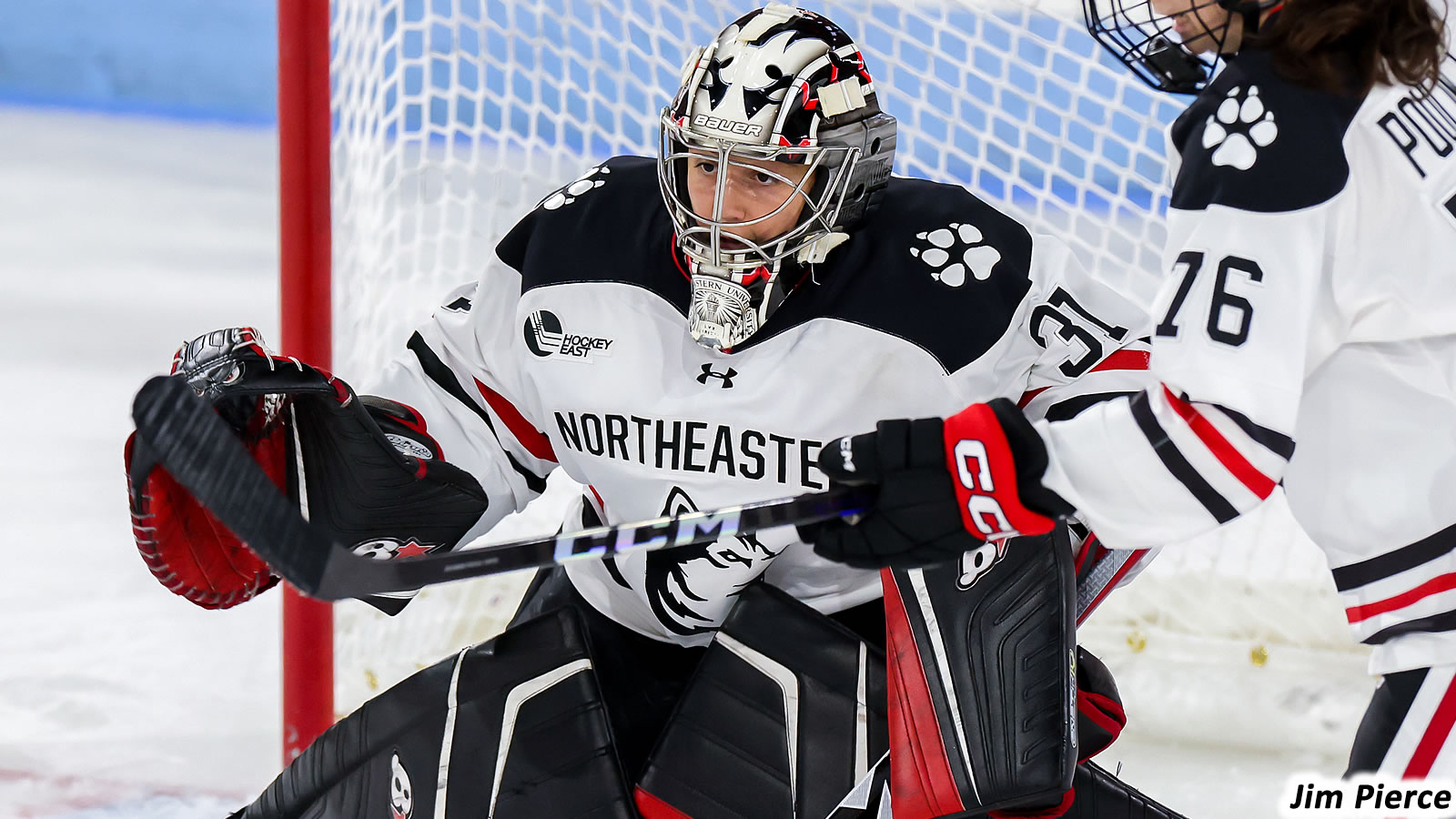 BOSTON, Mass. - Senior netminder Gwyneth Philips pitched a 21-save shutout and graduate student Maureen Murphy tacked on two goals to lead the No. 7/8 Northeastern women's hockey team to a 5-0 victory over Maine on Saturday night at Matthews Arena.

With Murphy's two goals, she reached the 100-goal milestone in her career. Additionally, graduate student Maude Poulin-Labelle posted an assist for her 100th career point.

- Despite the Huskies' outshooting the Black Bears 13-4, the two teams played to a scoreless first frame.

- Northeastern's offense came alive in the second period with three goals. Just 49 seconds into the period, senior Megan Carter slapped one home for the first goal of the game. Carter's tally was assisted by junior Lily Yovetich and graduate student Alina Mueller.

- For the second goal of the period, graduate student Mia Brown stuffed one home from in front of the net. Brown was assisted by sophomore Taze Thompson and Carter.

- Finally, as time expired, Murphy scored to push the Huskies lead to 3-0 ahead of the final stanza. Murphy's linemates Mueller and graduate student Chloé Aurard combined for the assists.

- In the third period, freshman Lily Shannon scored at the 4:50 mark to bring the score to 4-0. She had assists from Thompson and junior Abbey Marohn. Murphy closed out the scoring with her second goal of the day with assists from Poulin-Labelle and Mueller.

- Mueller, Murphy, Carter and Thompson all recorded multi-point efforts for the Huskies.

- Philips posted her third straight shutout for the Huskies after tallying 21 saves against the Black Bears. The Athens, Ohio native now has eight shutouts on the season.

Northeastern next takes the ice against Merrimack at Lawler Rink on Friday, Jan. 20 at 2 p.m.