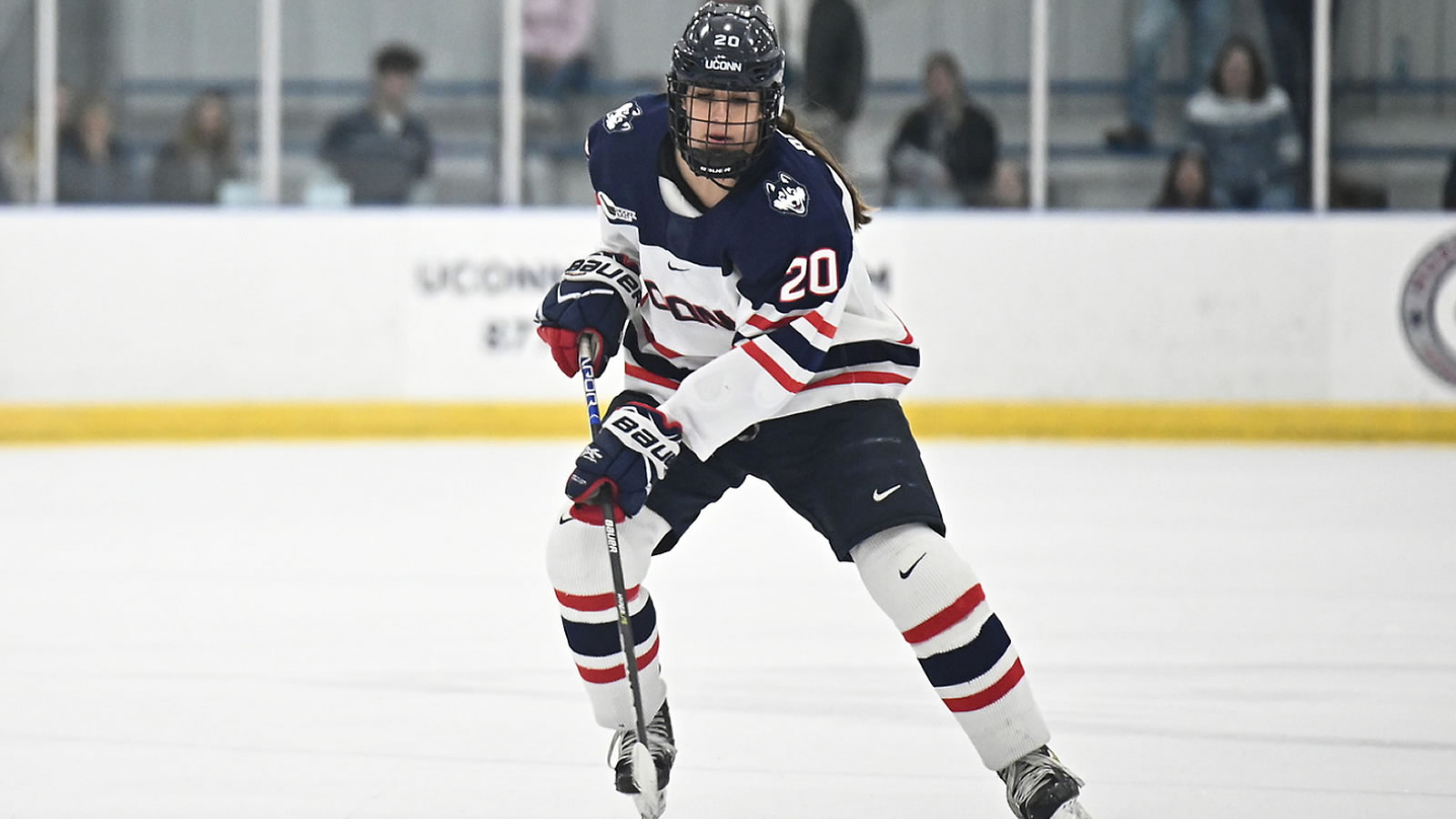 STORRS, Conn. - The University of Connecticut women's ice hockey team won against No. 11 Vermont in the opening weekend of Toscano Family Ice Forum by a score of 4-1 Saturday afternoon.

Period 1: Right out of the gate, the Huskies got on the board. Kate Thurman would strike one home with the assist by Coryn Tormala. Then, immediately after Kathryn Stockdale would set up Megan Woodworth as she wrapped around the goaltender to put in the second goal. By the end of the period, UConn would have seven shots on goal to Vermont's three. The score would remain 2-0 at the end of the first.

Period 2: UConn would head to the power play early in the second period as Vermont would go to the box for tripping. The Huskies would execute with the power play goal as Brooke Campbell and Claire Peterson would send it over to Camryn Wong for the third goal of the day. UConn would increase the shots on goal total to 16 while Vermont was held to just nine. At the end of the second, the score would stay at 3-0.

Period 3: Two penalties on both teams would make it 4 on 4 hockey to start off the third period. Vermont would counter on the shorthanded goal as Alaina Tanski would put one in the back of the net to make it 3-1. UConn would respond with an empty net goal scored by Christina Walker and assisted by Claire Peterson. The Huskies would keep the lead at 4-1 and come away victorious.

The Huskies will take on Boston College in Chestnut Hill, MA on Tuesday Jan. 15. The game can be streamed live on ESPN+.