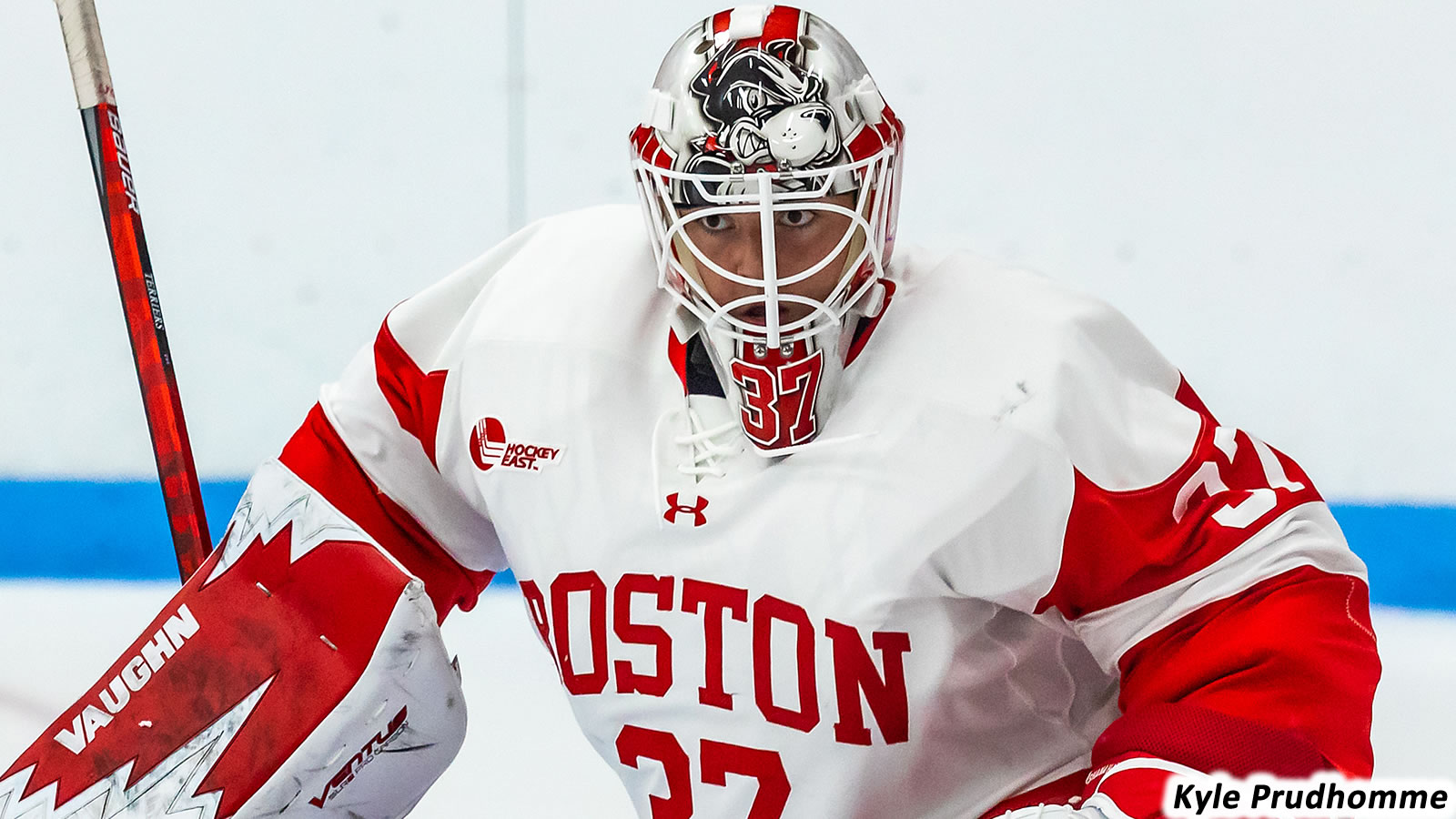 Down 3-2 after two periods, the Terriers used a power-play goal from Nearis early in the third to send the game into overtime. Neither team scored in the extra five minutes and in the ensuing shootout, freshman Sydney Healey and Nearis both converted their tries to lead BU to a 2-1 win.

Sophomore Callie Shanahan made 27 saves in goal for the Terriers, who move to 7-15-2 overall and 6-12-2 in the Hockey East standings. Maine, which now leads BU by two points for sixth place in Hockey East, is 11-14-1 on the year with an 8-10-0 conference record.

Sophomore Christina Vote and junior Lacey Martin each scored in the first period for BU.

- Maine controlled the play in the early stages and quickly earned a 1-0 lead as Mira Seregély sent home a rebound from the slot just 3:18 into the contest.

- BU earned an equalizer less than four minutes later as Vote stole the puck in the neutral zone and skated up the left side before beating Maine netminder Anna Larose with a perfectly placed shot over her right shoulder at 6:53.

- Just 66 seconds later, Martin gave BU a 2-1 lead when her bid from the high slot found the top right corner with assists going to freshmen Brooke Disher and Clara Yuhn.

- The Terriers took back-to-back penalties, giving Maine a 1:27 5-on-3 power play, which the home team capitalized on as Grace Heiting scored with 1:33 left in the first to make it 2-2.

- BU played a solid second period but had nothing to show for it and found itself down 3-2 following a Rahel Enzler goal at 13:14 of the stanza.

- The final power-play chance for either team came 3:44 into the third and the Terriers took full advantage of it to create the third tie of the game.

- Healey got her stick on the puck off a rebound by a shot from senior Nadia Mattivi and Nearis sent it in near the left post just 11 seconds into the power play.

- BU limited Maine's chances for the rest of regulation and the teams headed to overtime.

- Shanahan made a couple of her tougher saves of the contest in overtime as the Terriers headed to their second shootout in four days.

- Maine started the shootout with a conversion by Luisa Welcke but the Terriers had an immediate answer with an impressive move by Healey.

- Neither team scored in the second round, and after Shanahan stopped Enzler to kick off the third, Nearis sealed the extra point by putting a shot through Larose's legs.

- Each team recorded 30 shots in the contest.

- Larose made 27 saves in goal for the Black Bears.

- The Terriers will stop in New Hampshire on the way back home to take on the Wildcats on Saturday (Jan. 21).

- Game time at Whittemore Center is set for 2 p.m.