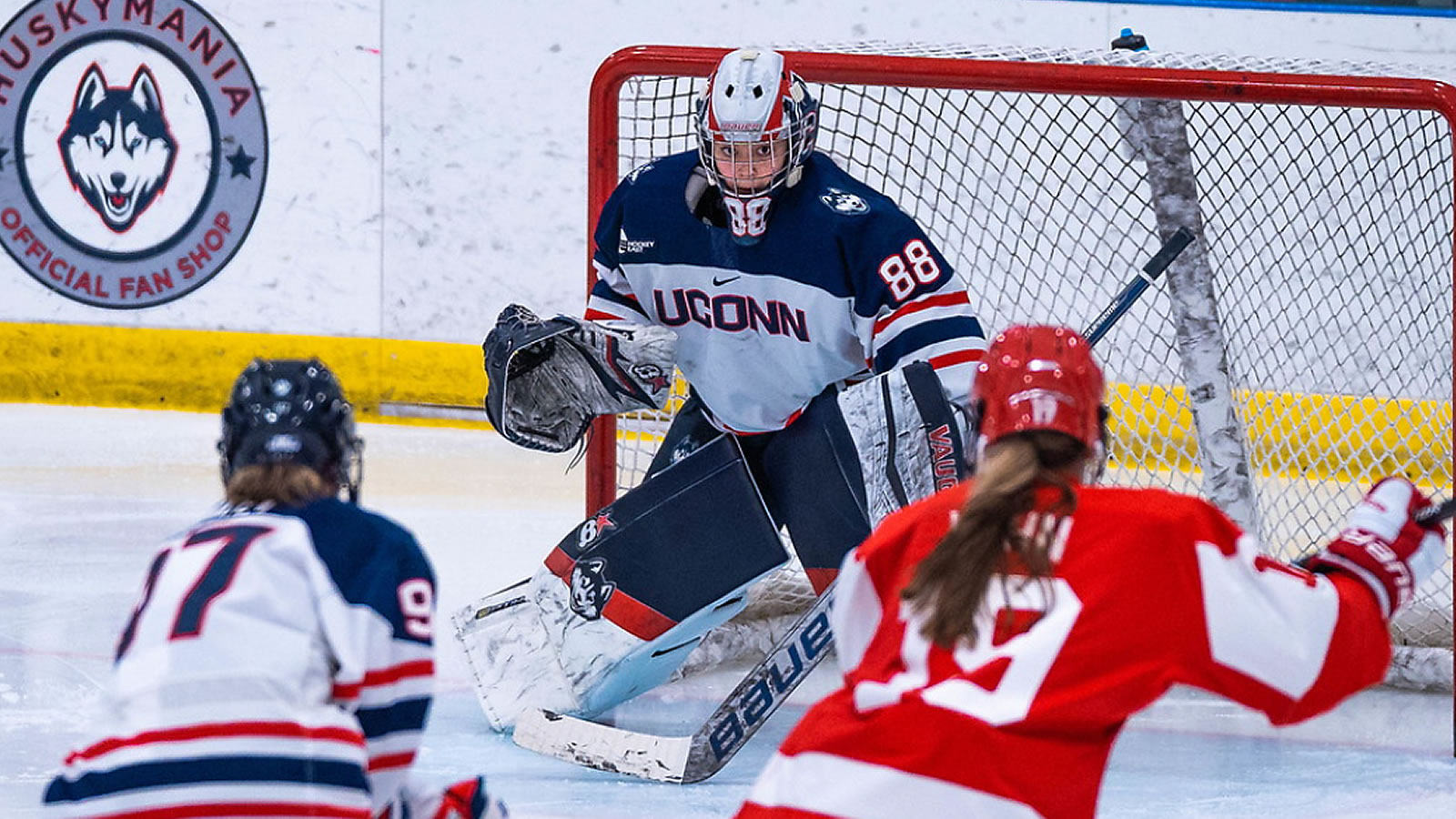 Storrs, Conn. - The University of Connecticut women's ice hockey team skated to a tie against No. 13 Providence by a score of 2-2 Friday night.

Period 2: A lot of the same pattern would carry over into the second period. Both goaltenders would keep out many shots on target. UConn's Tia Chan totaled 26 saves and Providence's Sandra Abstreiter had 16. Then, a scoring chance opened for UConn. Camryn Wong would knock in the first goal for her fourth goal of the season. Providence would get a power play as Wong went to the box for interference. However, the Huskies would hold off the Friars and kill the penalty. The score would remain 1-0 in the second.

Period 3: UConn would extend the lead to two early in the third period. Christina Walker and Kate Thurman would find Riley Grimley. Soon after, the Friars would get on the board as Sara Hjalmarsson finished it off. Within three minutes, Providence would tie it with a goal scored by Reichen Kirchmair. Providence would have up to 39 shots on goal, but Chan would prevent another goal from going in. Chan finished the game with 41 saves.

The Huskies would end up tied with the Friars after overtime and force a shootout. Jada Habisch would tap in the winning goal in the shootout.

The Huskies will head to Orono, ME to face Maine on Friday, Jan. 27 in a Hockey East matchup. Puck drop is scheduled for 6 p.m. and the game can be streamed live on ESPN+. Catch all the action Friday night.