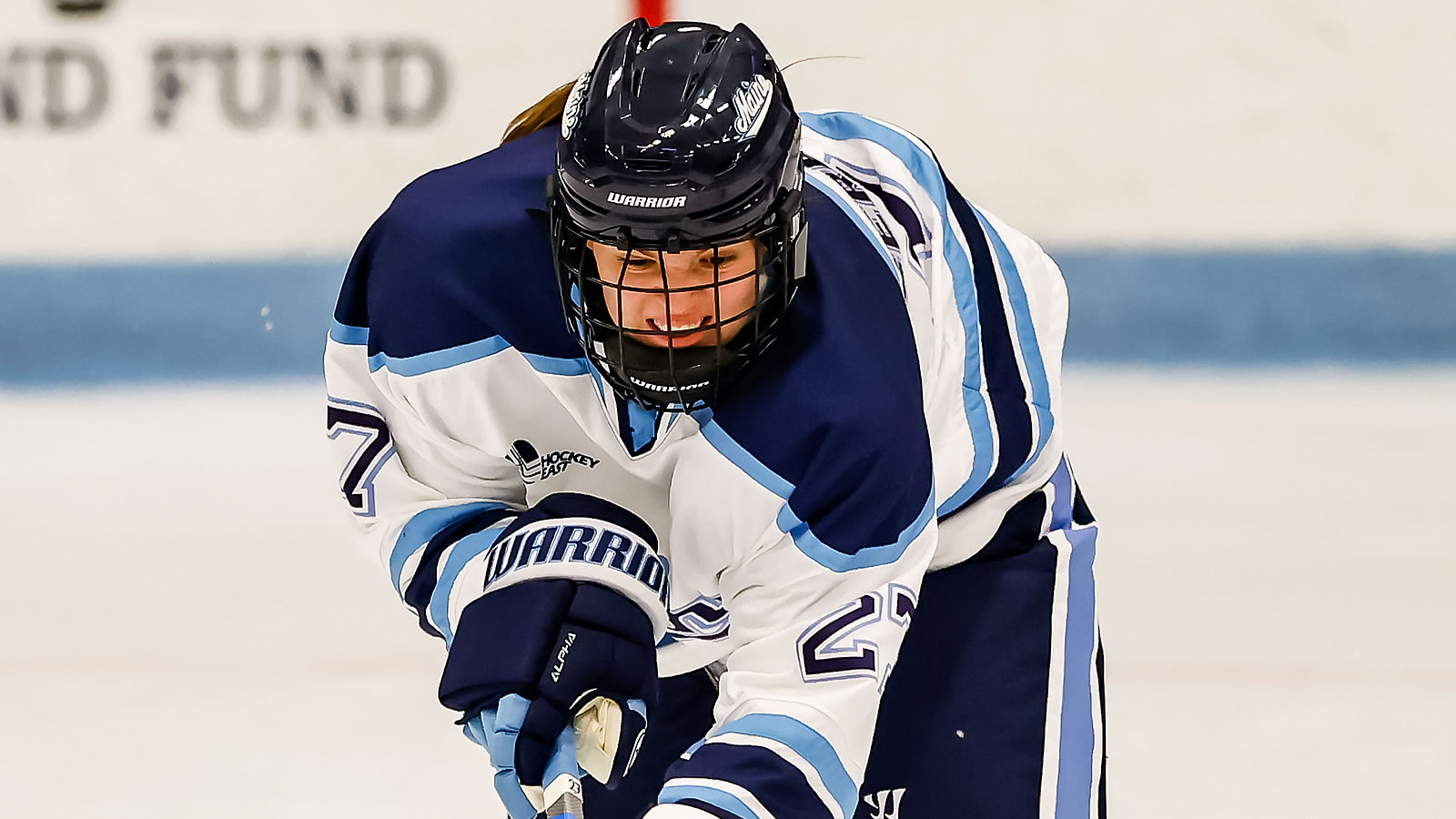 First Goal (1-0 Maine): Mira Seregély finds the back of the net 16:58 into the first period for the score. Rahel Enzler started with the puck down by the Eagle's net. She passed it back to Courtney Collarullo who took a shot on net. The puck bounced off the goalie's pads and into the corner of the ice. Seregély tracked the puck down and skated it over to the front of the net where she shot it into the right side.

Second Goal (1-1 Boston College): The Eagles responded 14:16 into the second period to tie the game. Cayla Barnes gathered the puck and in stride skated down the ice passing to Jenna Carpenter. Keeping the momentum, Carpenter passed to Caroline DiFiore just behind the blue line who continued down the ice and flung the puck up and in for her first goal of the season.

Third Goal (2-1 Maine): Maine sealed their victory 42 seconds into the overtime period. Alyssa Wruble passed the puck to Emma Lange who fired a shot off net. Mira Seregély grabbed the rebound off of Lange's shot and fired the puck in for her second goal of the day and earning Maine the overtime victory.

- Abigail Levy finished with 29 saves for the Eagles.

Maine will return home on Friday Jan. 27 when they face off against UConn at 2:00 P.M.