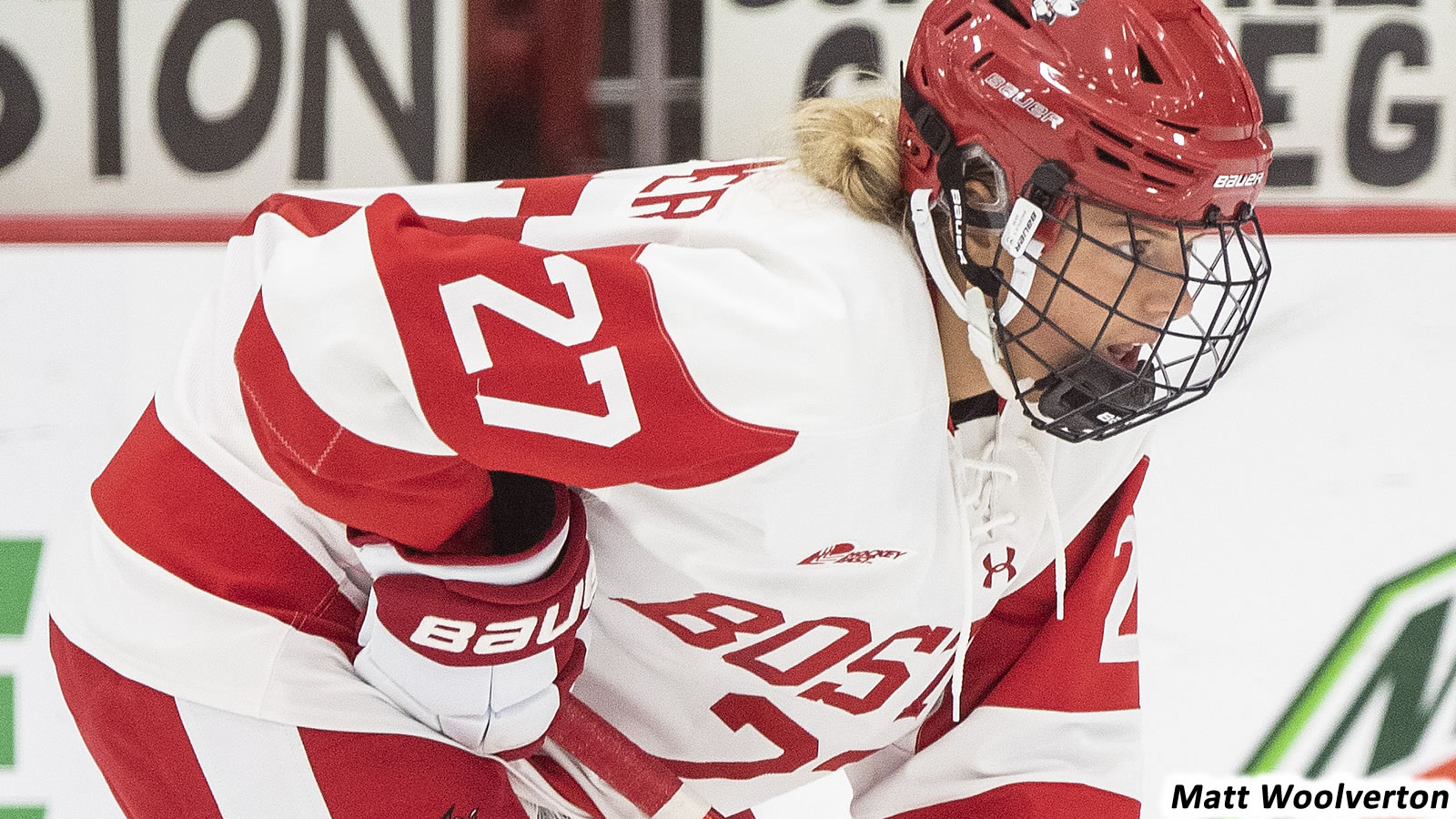 DURHAM, N.H. - The Boston University women's ice hockey team scored power-play goals 26 seconds apart in the opening period to take a lead it would not relinquish in a 3-1 road victory over New Hampshire on Saturday afternoon at Whittemore Center Arena.

The Terriers competed a five-point road trip following its shootout win at Maine on Friday to improve to 8-15-2 overall and 7-12-2 in Hockey East play.

Freshmen Brooke Disher and Clara Yuhn each recorded a goal and an assist while junior Clare O'Leary provided the game-winner.

After giving up a goal on UNH's third shot of the contest, graduate student Andrea Brändli stopped the final 28 shots she faced to earn the win in goal with a 30-save performance.

- Similar to Friday's game at Maine, BU gave up an early goal, as UNH's Kira Juodikis sent in a rebound at 3:39 of the first.

- The Terriers drew back-to-back penalties 26 seconds apart and took full advantage of the opportunity in what ended up being the difference maker in the contest.

- Presented with a 5-on-3 for 1:35, BU got an equalizer off a scramble at the right crease as Disher collected a loose puck and calmly lifted it over goaltender Nicky Harnett's left shoulder to make it a 1-1 game at 17:46 of the opening stanza.

- Moments later with the second Wildcat still in the box, a pass from senior Nadia Mattivi to O'Leary was tipped, causing the puck to roll on its side through the inner left circle, and O'Leary flicked it on goal and past Hartnett to give the visitors a sudden lead.

- BU didn't have another power play the rest of the contest but never allowed UNH to draw even.

- The best of Brändli's 30 saves was arguably her last, as she denied Juodikis at the crease with a sprawling toe save at 17:41 of the third.

- The Terriers sealed the win when Yuhn potted an empty-netter with 44.4 seconds to play.

- The Terriers have now scored on five of their past seven power-play chances.

- Mattivi has recorded an assist in six of the past seven contests.

- The Terriers will return to action on Friday (Jan. 27) when they kick off a three-game homestand by taking on Merrimack.

- Game time at Walter Brown Arena is set for 7 p.m.