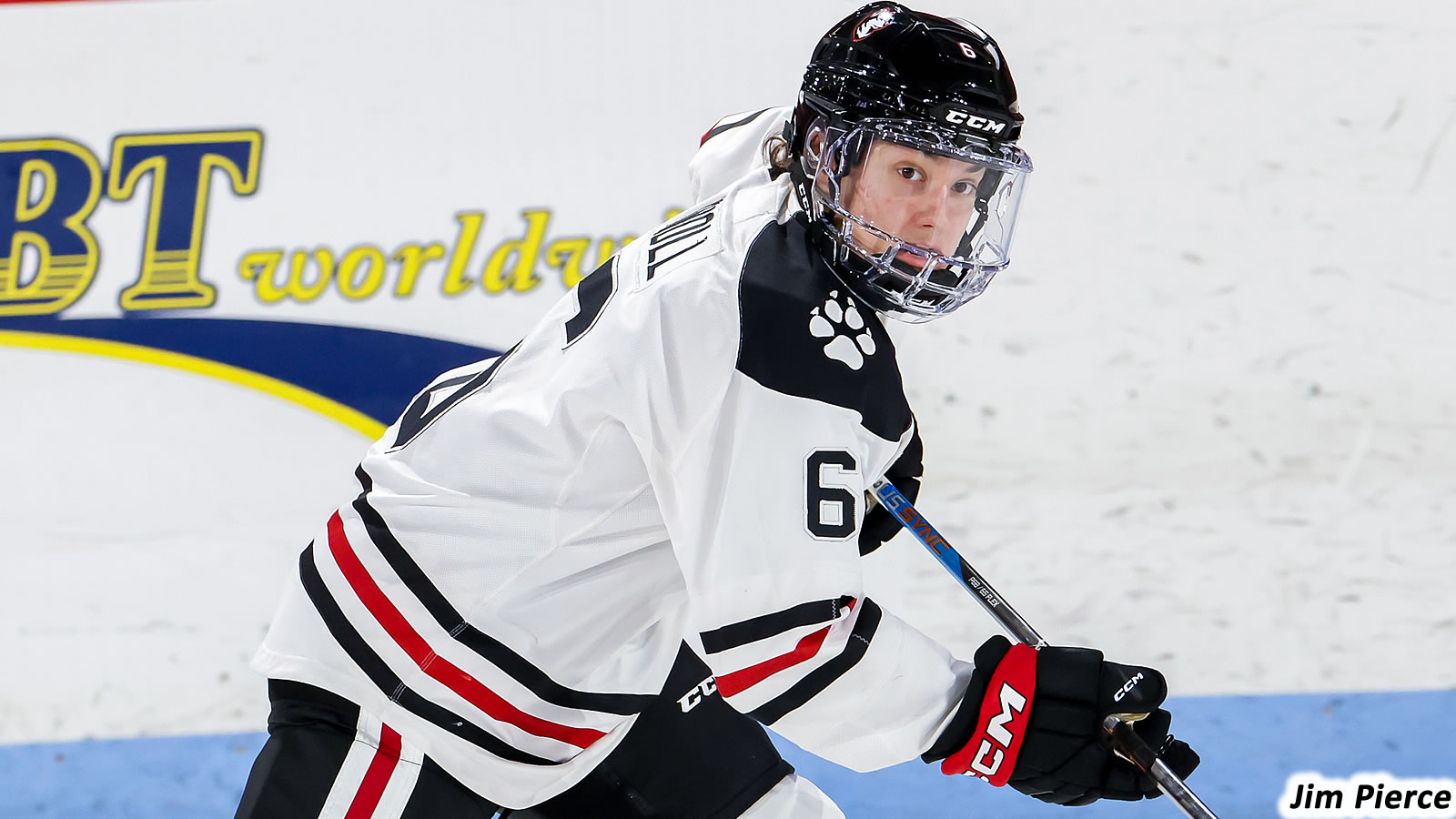 BURLINGTON, Vt. - Senior Katy Knoll potted the game-winning goal short-handed to send the No. 7 Northeastern women's hockey team past the No. 11/12 Vermont Catamounts, 3-1, on Saturday evening at Gutterson Fieldhouse. The Huskies scored two goals in the final 5:40 of the game to earn the series sweep over the Catamounts.

- The Huskies got out to a solid start with senior Peyton Anderson scoring on the power-play at the 11:49 mark in the first period. Knoll and graduate student Maureen Murphy earned assists on the tally.

- Vermont was able to tie the game up at 1-1 just over four minutes into the second frame.

- As the clock winded down in the third period, Murphy had a breakaway for the Huskies on the penalty kill. Murphy found Knoll who tapped it into the back of the net to give Northeastern back the lead with just 5:40 to play in the game.

- Freshman Lily Shannon then punctuated the Husky victory with a goal of her own with under two minutes to go. Shannon's tally put the Huskies up 3-1 and was assisted by junior Abbey Marohn and sophomore Taze Thompson.

- Senior goaltender Gwyneth Philips had 10 saves for the Huskies in her 23rd victory of the season. Senior Megan Carter had a team-high four blocks.

- Murphy posted her second multi-assist outing in as many games for Northeastern.

The Huskies return home to Matthews Arena to host Holy Cross for Beach Night on Friday, Jan. 27 at 6 p.m.