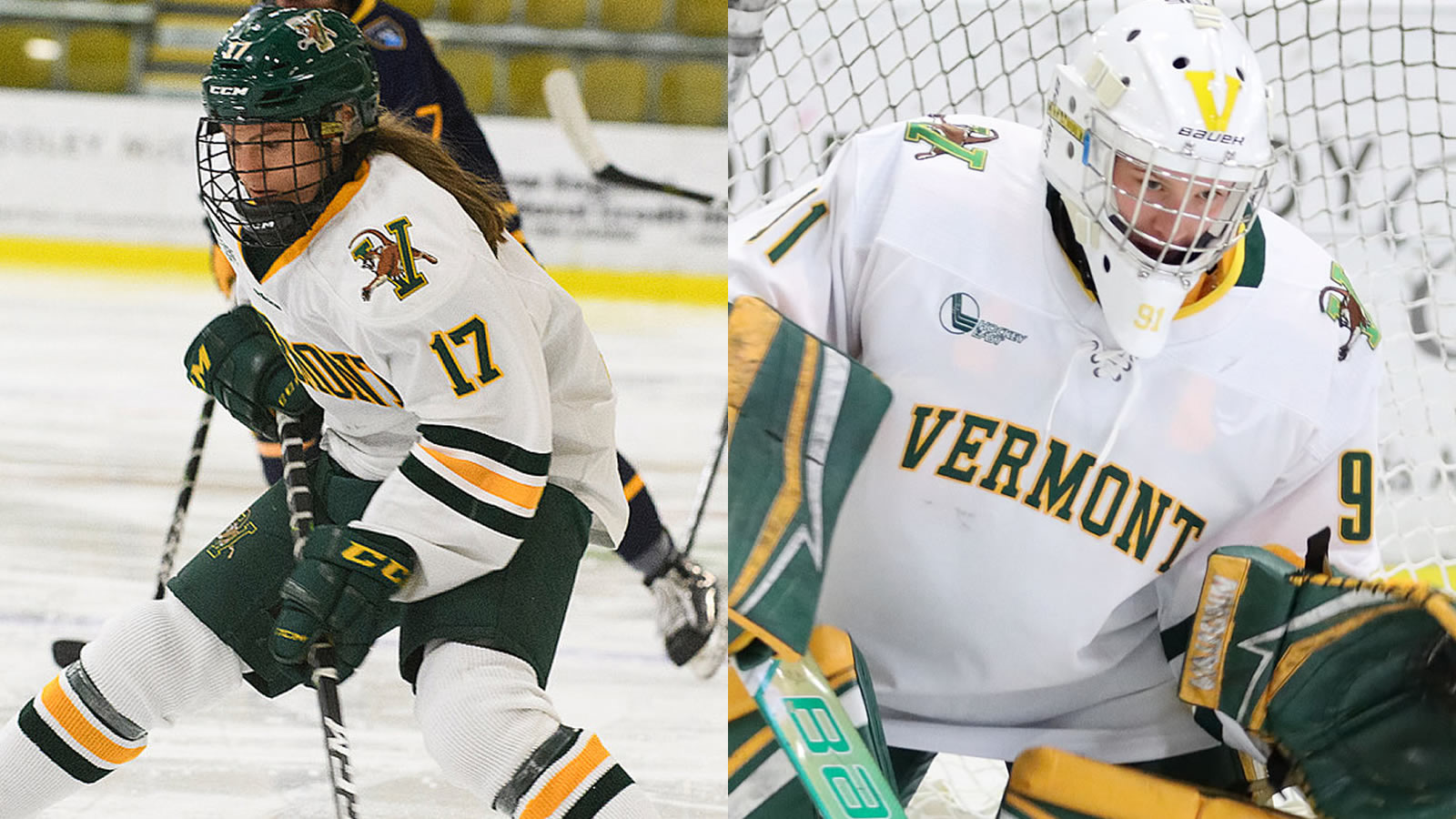 Schafzahl led the NCAA in goals and points as she went 9-8-17 in nine contests. She enjoyed six multi-point games as the Catamounts went 8-1 in January, punctuating the success with a 2-1 win over then #1 Northeastern, ending NUâs 20-game unbeaten streak.

Beniers was a major reason the Wolverines went 7-1 against a tough schedule that included four games against nationally-ranked UMass and Minnesota. His line in those games was 5-9-14.

Registered eight points via a line of 5-3-8 in seven games, including four points in games against nationally ranked Yale (1-0-1) and Clarkson (1-2-3). She was a solid +8 on the month.

Carpentier averaged 1.33 PPG in the month of January, goiing 6-2-8 in the Elisâ six contests. He was influential in Yaleâs three-game unbeaten stretch in mid-month, going 5-1-6 in wins over RPI and Union and a tie with Colgate.

Womenâs Goaltender of the Month: Jessie McPherson, SO G, University of Vermont (Chatham, ON)

McPherson went 6-0 in January, with a 1.00 GAA and a save percentage of .963. She allowed a single goal or less in five of the six outings with her highlights being a 20- save shutout at Holy Cross and a 35-save effort in knocking off then #1 in the country Northeastern, 2-1. That Catsâ road win ended a 20-game unbeaten streak for NU.

Perets allowed just three goals in five games, recording three shutouts as the Bob- cats flirted with a #1 in the nation ranking. QU went 4-1 on the month, the one loss a tough 2-1 setback at Cornellâs Lynah Rink. Perets had a 0.59 GAA and a save percentage of .970.